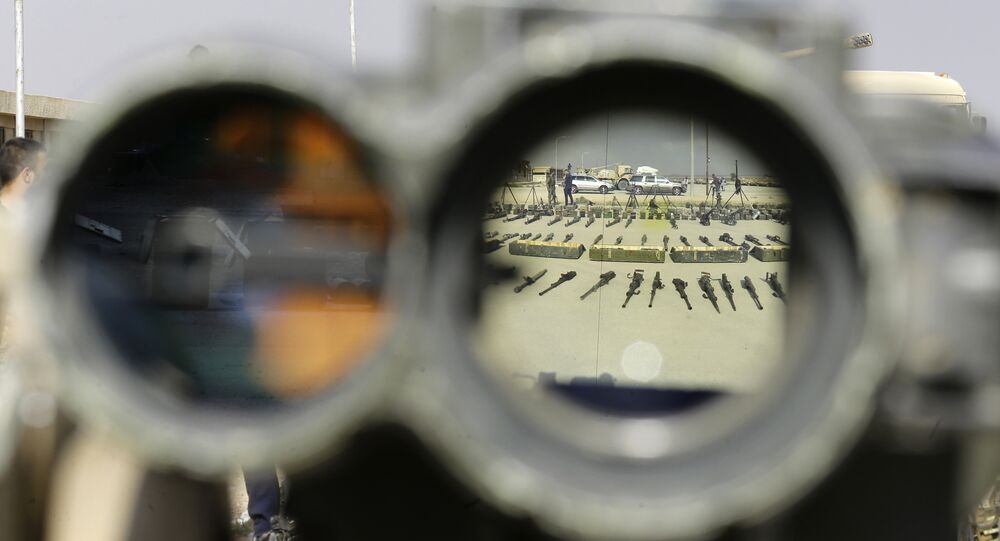 The Syrian Army has launched a large-scale military operation in the country's central province of Hama to clear the area from mines left by Daesh* terrorists earlier this year.

A Daesh weapons cache which included Israeli-made bombs has been discovered by Syrian government troops in the south of Hama province, according to the Syrian Arab News Agency (SANA).

The depot, which was found in the town of Aqrab, also contained assault rifles, pistols, Kalashnikov machine guns, mortar shells and sniper rifles, as well as wireless communication devices.

The detection of the depot came as the Syrian Army's engineering units cleared Aqrab of booby traps, ammunition and weapons left by Daesh terrorists before Hama was liberated from the militants.

Earlier, Syrian government forces reportedly discovered a huge cache of Western-made arms in Daraa which contained weapons and ammo of various calibers, as well as boxes of supplies delivered to Free Syrian Army (FSA) militants by the United States.

© REUTERS / Omar Sanadiki
Homs-Hama Highway in Syria Reopens After 7 Years of Closure - Reports
The depots were tracked as the Syrian Army launched an offensive in Daraa after its capital and several other cities were shelled by local militants despite an ongoing ceasefire, reached with the help of the Russian Reconciliation Center for Syria.

Previously, Abu Shima, head of the information center of the joint operations command of the opposition in the south of Syria, told Sputnik that the leaders of armed groups in Daraa had clinched an agreement  with representatives of Russia "on the immediate cessation of hostilities" in the province.