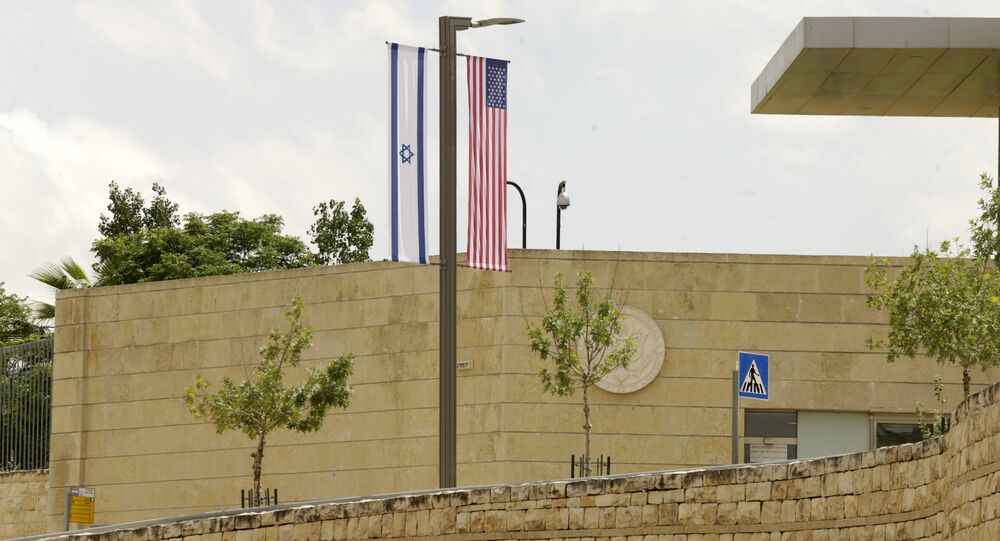 Price for Upgrade of US Embassy in Jerusalem Shoots up to $21.5 Million

Before the opening of the Embassy in Jerusalem, which enraged the Palestinians and was met with reproach from some US allies, Donald Trump stated the initial bill for relocation would be $400k. He insisted that he could save up to nearly a billion dollars of taxpayers’ money by refusing to approve the building of a new embassy.

Washington has awarded a Maryland-based firm a contract worth $21.2 million to design and build an “addition and compound security upgrade at the country’s embassy in Jerusalem, which was opened there in May, according to information in the official US spending database. With the $335K spent on the adjustment of the former US consulate where the embassy was moved before its grand opening, the final bill for the facility has jumped up to $21.5 million.

A House aide told a Middle Eastern outlet, Al-Monitor, that the State Department had briefed Congress on the renovation of the temporary site in Jerusalem’s neighborhood Arnona within the past six weeks, but neither the estimate nor the terms have been specified.

In March, US President Donald Trump claimed the relocation would cost a quarter of a million dollars, as he talked about his decision to move the US Embassy there from Tel-Aviv.

“They put an order in front of my desk last week for $1 billion. … We’re actually doing it for about $250,000, so check that out,” he told the reporters, stating he opted for the less pricey variant of renovating the existing US consular building for the Embassy rather than building a new facility from scratch.

A month later, however, he named another sum, stating that the relocation would cost $400,000. According to a State Department official, cited by Al-Monitor, this was the price for the initial work.

“As the president stated, the cost of initial modifications made to permit the embassy to open on May 14 was approximately $400,000. Following the May 14 opening, we have moved on to planning for and construction of a new extension and security enhancements at the interim site,” the official stated as quoted by the media.

In December 2017 Donald Trump announced his decision to recognize Jerusalem as Israel's capital and instructed the US State Department to launch the process of moving the US Embassy from Tel Aviv to Jerusalem, which is contested by Israel and Palestine as their capital. The move was welcomed in the Jewish State with its Prime Minister Benjamin Netanyahu calling Jerusalem the "eternal, undivided capital of Israel" during the opening ceremony on May 14. However, the move triggered an uproar in the Palestinian territories, as more than 10 thousand Palestinians reportedly participated in protests in the Gaza Strip against the opening.

In addition to this, the embassy's relocation was condemned by Arab states, as well as countries backing the so-called two-state solution to the Israeli-Palestinian conflict.

Israel considers Jerusalem its capital, including the eastern part of the city, which it seized from Jordan during the Six-Day War in 1967. The international community does not recognize the occupation of East Jerusalem, claiming that the status of the city should be determined on the basis of an agreement with the Palestinians, who claim the eastern part of Jerusalem to be their capital.