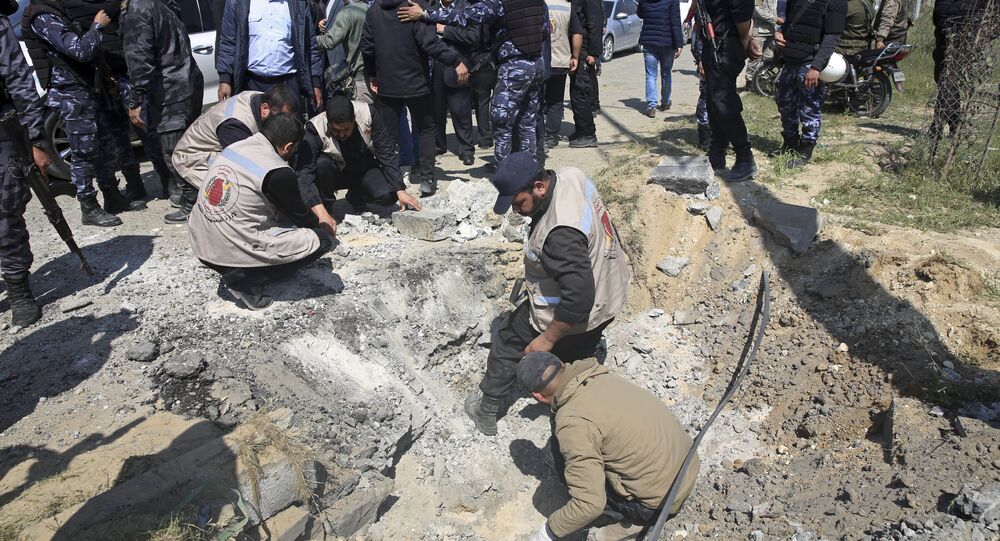 "Moments ago, an IAF aircraft struck two Hamas posts in the northern Gaza Strip. These posts were located near areas where arson balloons are launched, starting fires in Israel. The strike was in response to Hamas’ arson attacks against Israeli civilians and Israeli sovereignty," the IDF said on Twitter.

The Israeli Defense Forces (IDF) detected a launch from Gaza Strip, with missile failing to reach the border and falling in the Palestinian territory, the IDF press service said in a statement.

Following reports of sirens in the Hof Ashkelon Regional Council, a launch was identified from the Gaza Strip towards Israel. The projectile seems to have fallen in the Gaza Strip

​On Saturday, the IAF hit dozens of militant targets in the Gaza Strip, while Hamas, supported by the Islamic Jihad group, fired about 200 rockets and projectiles at southern Israel. The hostilities lasted for about 24 hours and ended after Palestinian militant groups said that a ceasefire arrangement had been coordinated with Israel through Egypt's mediation efforts.

© AP Photo / Baz Ratner
Israeli Defense Chief Warns Hamas Will 'Pay Heavy Price' Amid New Escalation
Israeli Prime Minister Benjamin Netanyahu called Saturday's airstrikes on the Gaza Strip the hardest since the military operation in the enclave in 2014 and threatened Hamas with new strikes in case it continued its attacks on Israel.

Hostilities between the Israelis and the Palestinians near the Gaza border increased since late March, which marked the beginning of the Palestinian protest campaign against Israel — the Great March of Return.