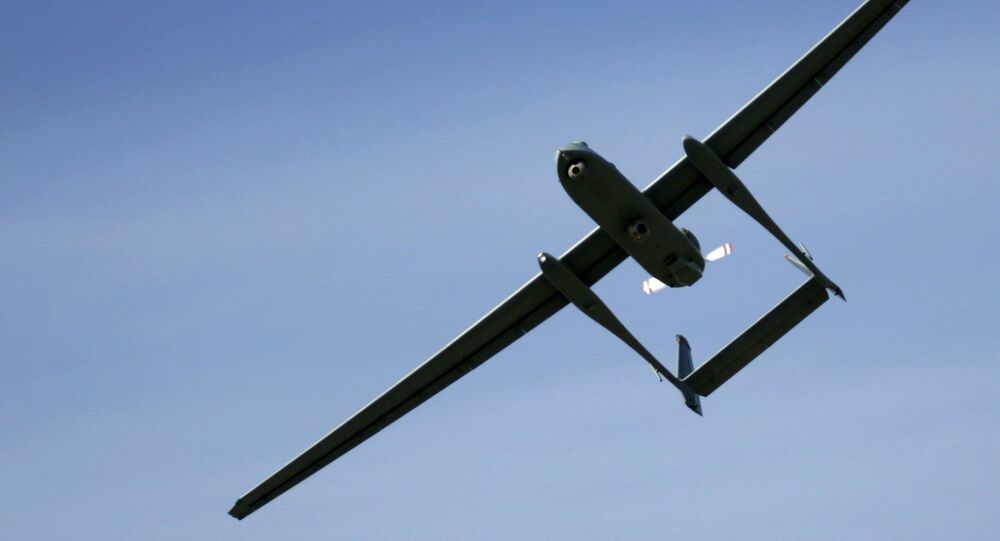 The news came just a day after Israeli PM Benjamin Netanyahu stated that Israel has no problems with the Syrian government and will not intervene in the country if the existing agreements are upheld.

"A Patriot missile was launched against an unmanned aircraft that was approaching Israel from Syrian territory," a statement of the Israeli Defense Forces' (IDF) press office read.

This is the second such case this week, as on Wednesday the IDF reported that another unidentified drone approaching from Syrian territory had been successfully intercepted by an anti-aircraft missile.

Previously, Reuters reported that Netanyahu had said during a meeting with the Russian president that he would not "take action" against Damascus, but stressed that Moscow should encourage Iranian forces in Syria to leave the country.

© AFP 2021 / JALAA MAREY
Israel Helps Militants in S Syria Create Buffer Zone in Golan Heights - Analyst
The conflict escalated on May 10, when the Israeli Air Force carried out missile strikes on dozens of suspected Iranian targets in Syria after a rocket attack on IDF positions in the disputed territory of the Golan Heights, which is occupied by Israel.

Damascus condemned the missile strikes, calling them a violation of its sovereignty, while Tehran also pledged to respond to "Israeli aggression." Israel in turn accused Iran of building up a military presence in Syria in order to prepare an attack on the country.