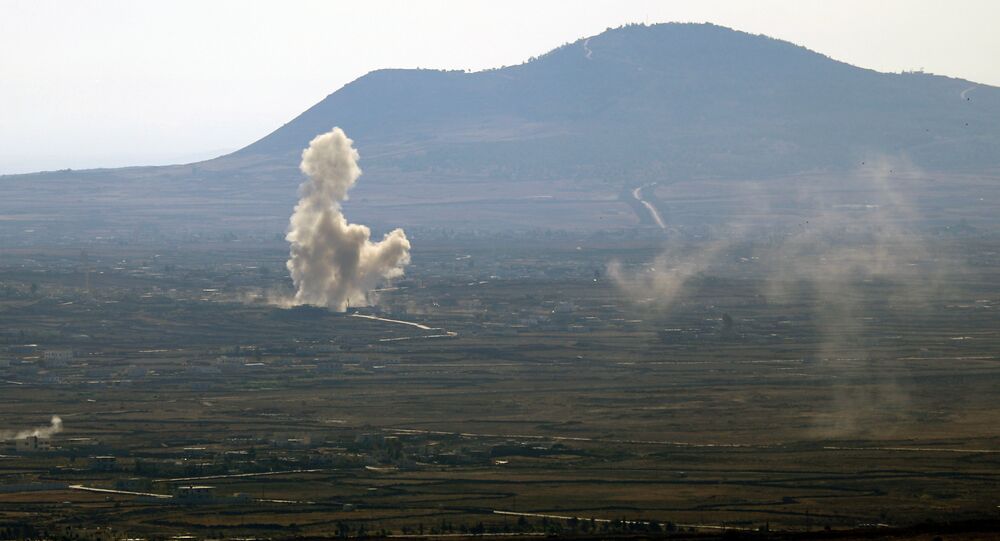 Relations between Israel and Syria have been strained recently, with Tel Aviv pledging a "harsh response" to any Syrian military operations in the demilitarized zone of the Golan Heights.

The Israeli Defense Forces (IDF) have fired an anti-aircraft missile at a drone approaching from Syrian territory, having successfully intercepted the UAV, the army said.

The Israeli officer claimed that the downed drone belonged to the Syrian army and was conducting a reconnaissance mission.

According to the Israeli military's statement, the Patriot launch triggered the sirens in the Golan Heights and Jordan Valley regional councils not far from the border with Syria and Jordan.

Alarms sounded in the Golan and the Jordan Valley regional councils

Following the incident, the IDF stated that it "will not allow any violation of Israeli airspace and will act against any attempt to hurt its civilians."

© AFP 2020 / Jalaa Marey
Israel Does Not Exclude Establishment of Ties With Syria's Assad – Defense Chief Lieberman
The interception occurred after last week's incident when Israeli aircraft hit positions of the Syrian army in the Golan Heights as retaliation for the shell that landed in the area controlled by Tel Aviv.

Earlier in July, Israeli Defense Minister Avigdor Lieberman pledged a "harsh response" to any attempts by the Syrian army to enter the Golan Heights, which became a demilitarized zone in accordance with the 1974 disengagement agreement. The UN-monitored accord stipulates that both sides abandon their plans to build up military forces on both sides of the demarcation line.