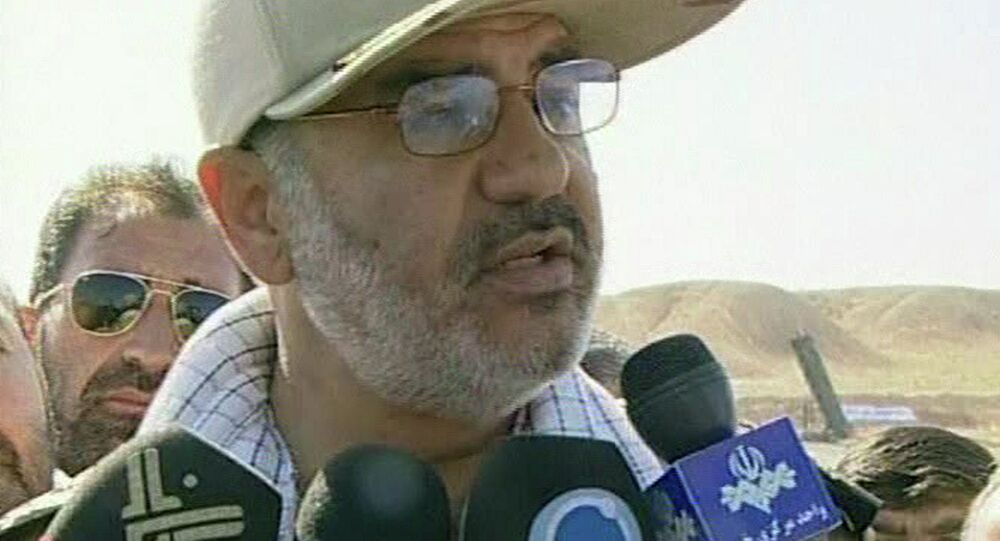 The senior Iranian Revolutionary Guards Corps commander's remarks come amid increased tensions between Tehran and Tel Aviv over the situation in Syria.

In a recent speech, IRGC deputy commander Hossein Salami boasted of the creation of an "Islamic army" near the Israeli-occupied Golan Heights, which he warned threatened to "end" Israel.

"Today, an international Islamic army has been formed in Syria, and the voices of the Muslims are heard near the Golan," Salami said, as quoted by the Times of Israel.

"Orders are awaited, so that…the eradication of the evil [Israeli] regime will land and the life of this regime will be ended for good. The life of the Zionist regime was never in [so much] danger as it is now," the officer added.

© Sputnik / Iliya Pitalev
Syrian Forces Ward Off Attack on Tiyas Military Base in Homs - Reports
According to Salami, Israel "constitutes a threat…to the entire Islamic world. That is the philosophy of the establishment of this regime."

The IRGC officer also warned that Lebanon's Hezbollah militia, which is participating in the war in Syria against Islamist militants, has some 100,000 missiles aimed at Israel. "We are creating might in Lebanon because we want to fight our enemy from there with all our strength," Salami said.

On Sunday night, Syrian air defenses thwarted a missile attack on the T4 airbase in Homs province launched from south of the US-coalition controlled at-Tanf region in southern Syria. A source in the Syrian military has told media that the attack was perpetrated by Israel, although the IDF has yet to comment on the claims.

© Sputnik / Aleksey Nikolskyi
Netanyahu Lists Two Israeli Demands on Syria He Wants to Discuss With Putin
Separately, Hossein Amir-Abdollahian, diplomat and senior foreign affairs advisor to the Iranian parliament's speaker, stressed that Iranian advisers would remain in Syria "notwithstanding aggressive Israeli attacks," Al-Watan reported. Iran, the adviser said, would "not allow Syria to become an arena for the activities of terrorist groups."

Israel boosted its operations in Syria this spring, killing at least 4 Iranian military advisers at the T4 airbase in a strike in April. On May 10, the Israeli Air Force hit dozens of suspected Iranian targets in Syria following a rocket attack on IDF positions in the Israeli-occupied Golan Heights. Damascus slammed the move, saying it was a violation of international law. Iran called the attack "Israeli aggression" and vowed to respond.

Tel Aviv has accused Tehran of building up a military presence in Syria as a springboard for attacks on Israel. Damascus rejected the claim, stressing that Tehran's presence in Syria was limited to military advisers assisting the Syrian army in its fight against Islamist militants.