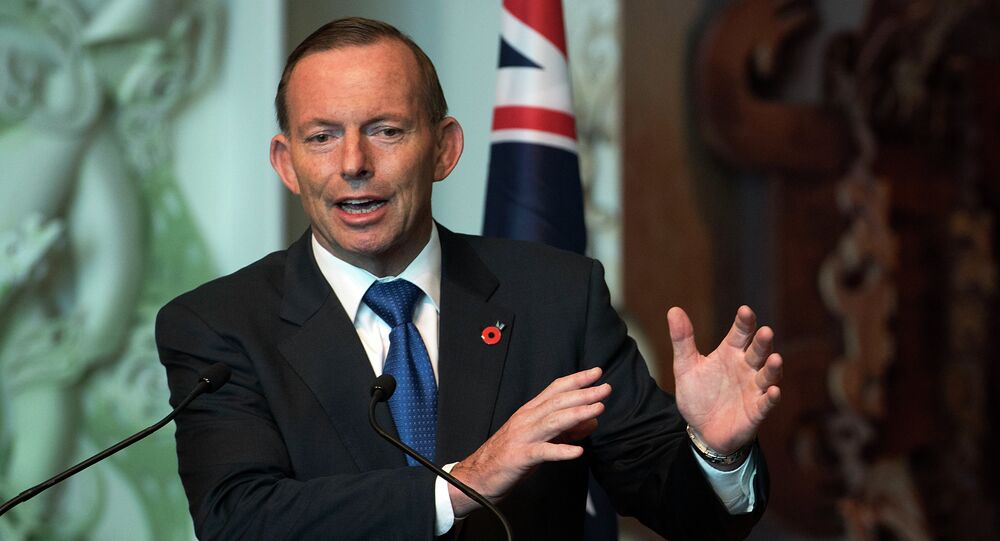 The politician has proposed the move on multiple occasions and is certain that the government will take action sometime soon.

Tony Abbott, who served as Australia’s prime minister from 2013 to 2015, noted to the Jerusalem Post that he had proposed the embassy move back in December 2016, before Trump’s respective order.

Referring to his years in office, Abbott, currently on a trip to Israel as a participant of an event involving Australian, Israeli, UK and US politicians, NGOs and academics, said the motion “wasn’t on his radar,” as he first floated the idea during Trump’s presidential campaign, picking up on the latter’s pledge.

Abbot returned to the issue last May, though, when he arrived in Israel to receive an honorary doctorate from Tel Aviv University, maintaining his rhetoric back home, in solidarity both with the US and Israel.

The former PM assumed the current government could stand up against the move, but predicted that the embassy may be transferred to Jerusalem sometime in 2020, adducing an example of curbing Palestinian aid he notably suggested this to the government, with the latter first turning down the plan and then fulfilling it over a year later.

Israel has enjoyed Australian backing since January 1949, when the two countries established diplomatic ties. However, as Canberra’s Foreign Minister Julie Bishop explicitly stated in June, Australia will not move its embassy to Jerusalem, despite pressure from Washington and former Australian leaders, as well as the “sentiment” behind the country’s recent resolution to stop sending aid to the Palestinian Authority.

Meanwhile, the US and Australia were the only two countries in the UN Human Rights Council to vote against a resolution, urging an international inquiry into the alleged use of force by Israeli security agents over Palestinians in East Jerusalem, the West Bank and Gaza last month.

The situation on the Israeli-Gaza border has significantly worsened over the past several months. Tensions saw an abrupt spike on May 15, a day after the United States transferred its embassy from Tel Aviv to Jerusalem, the contested city that both parties lay claims to. At least 60 Palestinian protesters were killed at the time and more than 2,400 injured in clashes with the Israeli Defense Forces in the area.