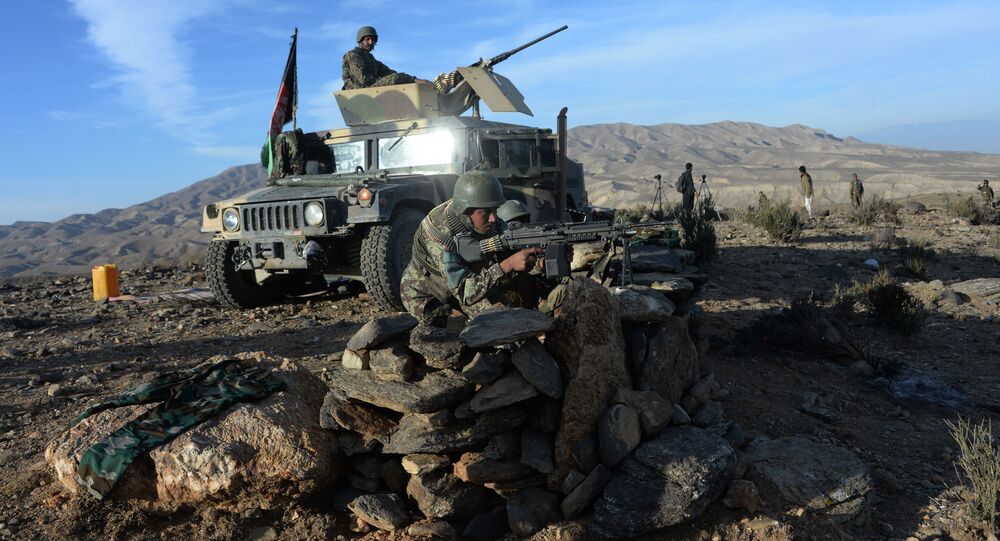 According to the news broadcaster TOLO, government forces have destroyed one of the key bases of the Daesh terrorist group in eastern Nangarhar province, with the operation in the region ongoing,

"Afghan National Defense and Security forces launched 9 clearing operations and 89 Special Forces' operations in different parts of Afghanistan in the past 24 hours. Afghan Air Forces, also, conducted 131 freights supporting Afghan National Army and carried out 9 airstrikes on enemies' sanctuaries. As a result, 121 insurgents including 10 Daesh fighters were killed, 70 were wounded and 7 suspects were arrested," the Afghan Defense Ministry said later in a statement.

According to the statement, foreign armed forces also participated in the operation, conducting airstrikes against the militants.

The militants were terminated during operations held in the provinces of Badghis, Baghlan, Balkh, Farah, Faryab, Ghazni, Ghor, Herat, Kunar, Nangarhar, Oruzgan and Zabul. Many militants, however, managed to escape to the other side of the Afghan-Pakistani border, TOLO reported.

© CC BY-SA 2.0 / Tomás Del Coro / General Atomics MQ-9 Reaper
Reaper Drones to Surveil Afghanistan Under New Pentagon $39 Million Contract
News of the successful operation came just a day after reports of an "insider attack" on a NATO facility in the country, which led to the death of one US serviceman, while two others were injured.

A full-scale armed conflict in Afghanistan resumed at the end of June, as President Ashraf Ghani announced the end of a ceasefire agreement between the government and the Taliban. However, other radical groups, such as Daesh, still operate in the war-torn country.

Where Did $8.2 Billion in US Aid to Fight Opiates in Afghanistan Go?