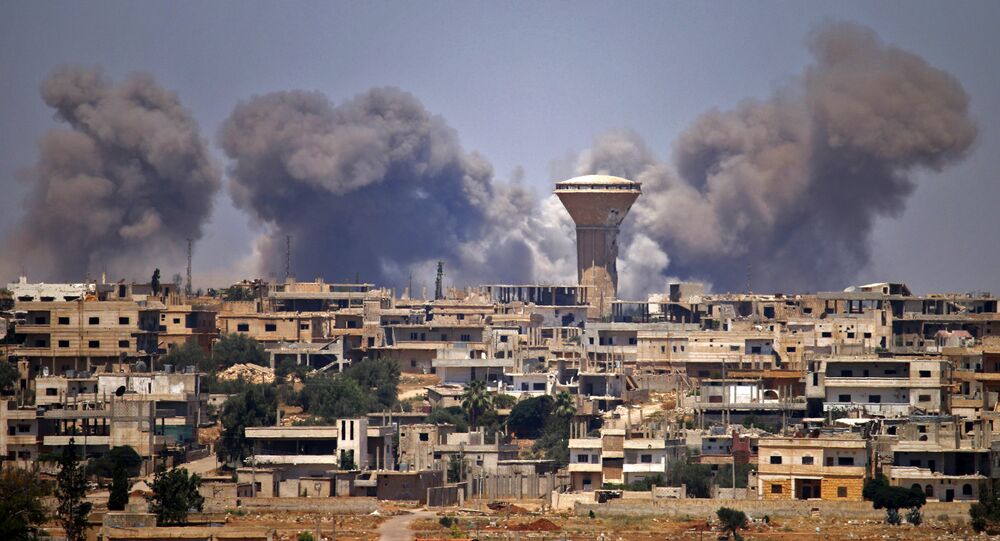 © AFP 2020 / Youssef KARWASHAN
Syria's Daraa: Why is Its Liberation So Important and What Comes Next?
The situation in the southern regions of Syria has escalated during the recent weeks, with terrorists shelling the cities in the area and government troops responding by launching an offensive to oust the militant groups refusing to join the ceasefire.

The United States and its allies have been engaged in a military operation against terrorists in Syria since 2014. The coalition is operating in Syria without a request of the Syrian government or a resolution of the UN Security Council.