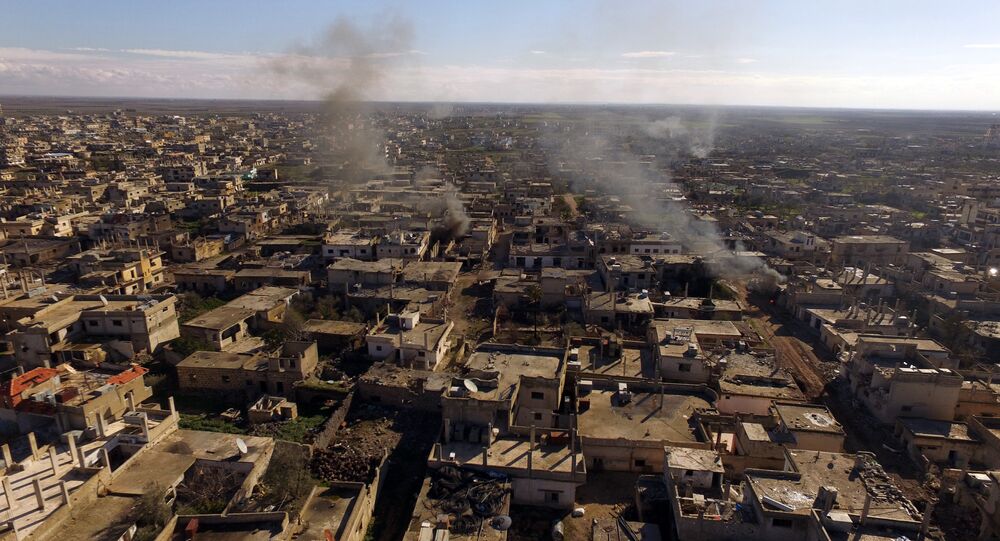 DAMASCUS (Sputnik) – At least two people were killed and 14 were injured in multiple cases of shelling by militants of the Syrian southwestern city of Daraa, local media reported Thursday.

Militants located in the al-Nazihen camp fired a number of shells at Daraa's neighborhoods, including on the al-Matar district, according to the Syrian state news agency SANA.

On Thursday, Russian Center for Syrian reconciliation Maj. Gen. Alexei Tsygankov said that ceasefire violations are still being registered in the Syrian provinces of Latakia, Aleppo, and Hama.

© AFP 2020 / RAMI AL-SAYED
Tomb Raiders: Terrorists Plunder Graves in Syria, Sell Bodies on Black Market (VIDEO)
The general added that in the city of Aleppo, the reconciliation center has provided humanitarian aid to 15 families of the Russian community who were in a difficult financial situation. The reconciliation center has also delivered 1,000 food sets to residents of El Karak city, located in the As Suwayda province.

Syria's southwestern provinces of Quneitra and Daraa belong to one of the four ceasefire zones that were brokered by Russia, Iran and Turkey.

Meanwhile, the situation in Daraa province has escalated in recent weeks, with terrorists shelling the cities of Daraa and Suwayda, and government troops responding by launching an offensive to drive militants out of the region.