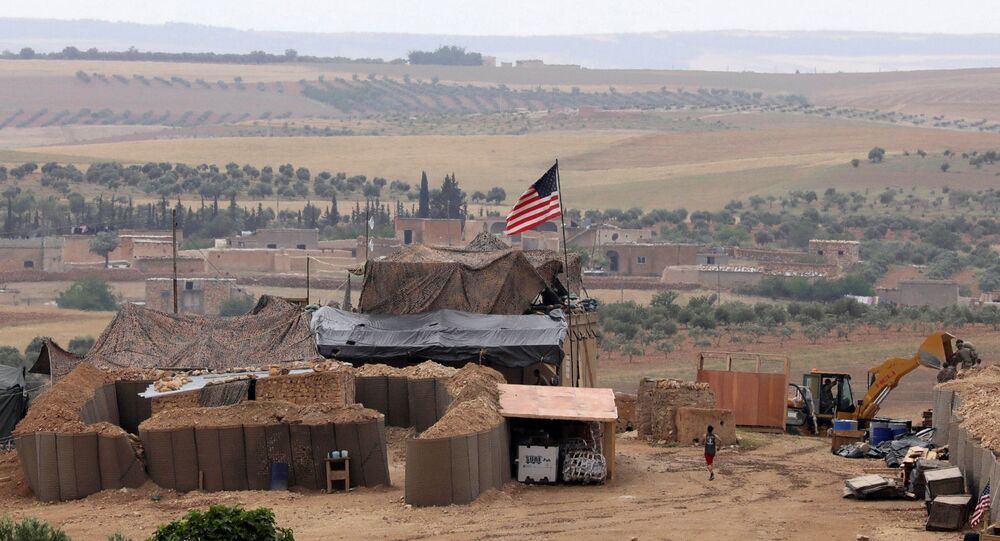 Turkish troops are continuing their patrols of Manbij's outskirts but have yet to enter the town despite an agreement between Ankara and Washington on the withdrawal of Kurdish units in the area.

Helil Bozi, commander of the Manbij Military Council, which is part of the Kurdish-majority Syrian Democratic Forces, has told Sputnik Turkey that if Turkish forces enter the town, they will be fired upon.

"Information on the Turkish military's possible entry into Manbij is not true. In accordance with an agreement with the US, Turkish forces patrol along the border of the town opposite Manbij in the Sajur River area. In turn, coalition forces are patrolling from the Manbij side," Bozi said.

"We recently met with the representatives of the coalition forces, and they assured us that they will ensure Manbij's security and that no one will enter its territory. However, in the event of an unforeseen situation, we intend to resist the Turkish military," Bozi stressed.

© REUTERS / Aboud Hamam/File Photo
US Military Convoys Arrive in Manbij Amid Rumored Pullout From Syria - Reports
On Monday, Fars News Agency reported that another two convoys of US forces had arrived on the outskirts of Manbij, complementing three other bases in the area. Turkey reported deploying its seventh convoy in the area over the weekend.

Turkish media have accused the US of replacing Kurdish militias, which had governed the town, with the so-called "Manbij Local Council," which supposedly consists of members belonging to the same militias.

The US-led coalition now has some 5,000 troops at over 20 bases in areas of northern Syria controlled by the Syrian Democratic Forces, an alliance of predominantly Kurdish militias including the YPG People's Protection Units. Turkey has classified the YPG a terrorist organization affiliated with the Turkey-based Kurdistan Workers' Party. The US-led coalition is officially allied to the SDF in the latter's battle against Daesh (ISIS).*

Damascus has condemned the presence of both the US coalition and Turkey in Syria, calling the deployments aggressive and a violation of Syria's territorial integrity. Last week, the US media reported that the Trump administration was seeking to clinch a deal with President Putin that would allow US forces to withdraw from Syria.