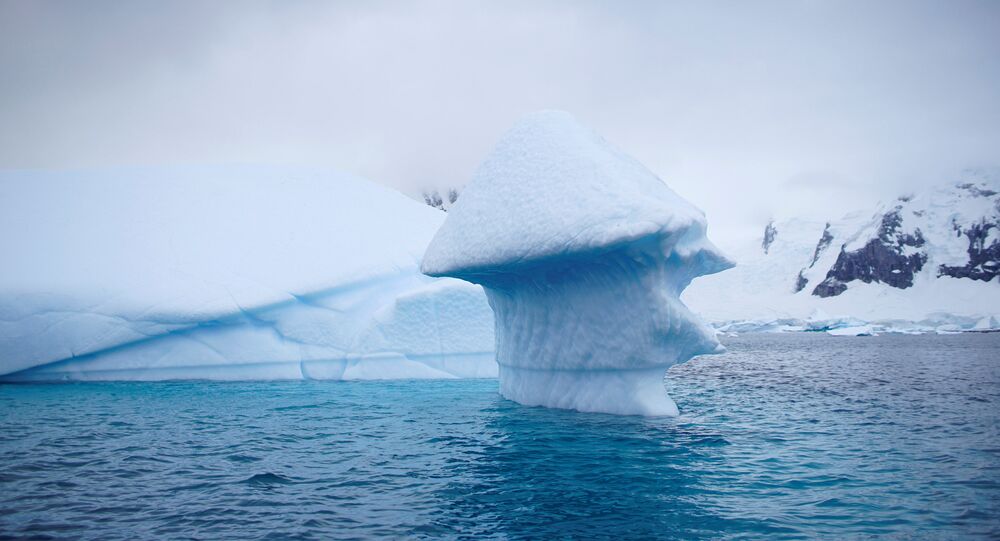 Obey Your Thirst: UAE Wants to Drag Icebergs from Antarctic to Middle East

As water scarcity remains one of the most pressing issues for the UAE, a local firm has put forward an initiative to tow icebergs from the Antarctic to the scorching country’s coasts. It’s all getting serious as the firm has launched a website and has enlisted the help of experts.

The National Advisor Bureau Limited, a UAE-based firm, has launched a website based around an especially ambitious project – towing Leviathan ice mountains from the Antarctic towards the coast of Fujairah, a southern emirate. The icebergs would then be mined for fresh water.

The firm is planning a short pilot run in early 2019, Abdullah Mohammad Sulaiman Al Shehi, the company’s managing director, said as quoted by Gulf News. The pilot phase would see an iceberg travel to Australia or to the southern coast of South Africa in early 2019.

“We have been working hard on the project for the past year and are moving to the next stages,” Al Shehi said in an interview on Sunday.

The entrepreneur has already filed patents in the UK in a bid to protect the investments his endeavor has attracted. He believes his Iceberg Project could become a success as an average large iceberg contains a five-year supply of clean water for a million people.

The company said that it was forming a body which comprised scientists, experts and related specialists. It also claims to have begun cooperating with water research centers and universities across the globe.

The plans are likely to find support in the government as the water shortage has been a huge concern for the country’s officials. In March, UAE Energy Minister Suhail Al Mazrouei told members of the Federal National Council that every member of society must play their part in scaling down water consumption. At the time, he said that “we are trying to find alternative solutions to reduce water consumption.”

Iceberg Bursts Up From Water in Patagonia Near Tourist Boat

Once in a Lifetime: Ecosystems at Bottom of Iceberg 'Brand New Discovery' - Prof