American Jewish activist Ariel Gold, a member of the social justice and pro-peace activist NGO Code Pink, was detained, interrogated, and then deported by Israeli authorities at Ben-Gurion airport in Tel Aviv on Sunday, despite having obtained a visa to study at Hebrew University.

She tells Sputnik News in an interview that she's working with a lawyer to appeal her deportation.

Gold said that she was "detained and interrogated intermittently for about seven hours and then put back on a plane to JFK [Airport]." She's back at her home in upstate New York and has already begun working with a lawyer to reverse the decision.

"It felt outrageous," Gold said. "Deporting somebody who doesn't agree with the right-wing racist policies of a state government which claims to be a democracy — ‘the only democracy in the Middle East' — is just, you know, it's really hard to have it sink in, it's so outrageous," she said.

© Sputnik /
"You Failed to Bow to Our Dictates!" US Leaves UN Human Rights Council

Gold said that it's "heartbreaking" for her that Palestinians living in the West Bank are "so isolated, to not have supporters like me be able to come, to have people know that — to come in they risk such just vile treatment." While at the airport she "was, at times, yelled at, [had] hate spewed at me, interrogated, and then not allowed to enter" the country.

Gold has been a vocal advocate for Palestinian human rights in the United States and Israel and has been travelling to the latter since 2013. Her group, Code Pink, was among 20 organizations blacklisted by Israel on January 7, 2018, for supporting the Boycott, Divestment, and Sanctions (BDS) movement, a global campaign which seeks to put economic pressure on Israel until it complies with international law regarding settlements and other violations of Palestinian human rights.

When Gold was last in Israel, during the summer of 2017, she got into trouble with Israeli authorities in Hebron, a city in the West Bank, for handing out pamphlets, and was barred from the Western Wall, which surrounds Jerusalem, according to the Jewish magazine Forward. After she left the country, she was told in writing that she would need to obtain a visa if she wanted to ever come back. 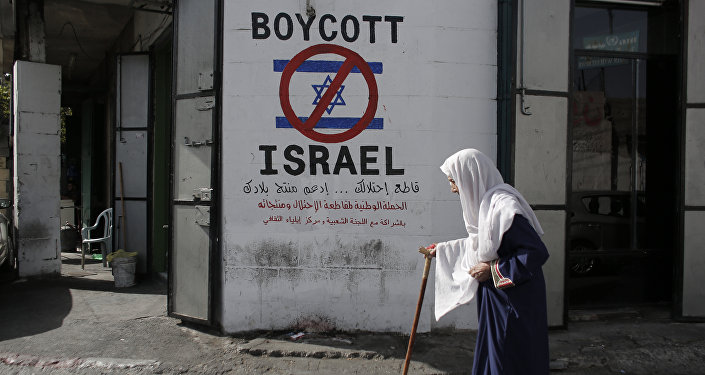 That was because of her activism and "because of attacks on me from the right-wing," Gold told Sputnik News.

For this reason, Gold secured a student visa. "It was pasted into my passport" by the Israeli consulate in New York City, she said. This time she wasn't going to do any activism, but planning to take a 3-week course on Israeli culture at Hebrew University in Jerusalem.

"We prevented Ariel Gold, an extreme boycott activist, from entering the country. Our policy is clear: Those who campaign towards boycotting Israel and come here in order to cause harm — won't be allowed to enter the country. The rules have changed, and Israel will not show restraint towards those who try to hurt it," Public Security Minister Gilad Erdan tweeted July 2.

"Gold has distributed videos on social networks in which she harasses IDF soldiers and Border Police officers in Hebron, accusing the soldiers of apartheid and oppression and that their actions do not conform to Jewish values," wrote Erdan, who recommended that Interior Minister Arye Dery deny her student visa after he became aware of the issue during Gold's detention.

Gold said that her rejection from entering the state was part of an ongoing law being weighed in the Knesset, Israel's parliament, which bans the filming of IDF soldiers.

"What Erdan is referring to is, last summer while I was there, I was physically assaulted by a notoriously violent settler in Hebron, and only about three feet away from me were soldiers, and despite my pleas to them… and them seeing me be hit in the face and attacked, and my pleading with them to secure my safety and provide me with protections… they refused to intervene at all," Gold said. She filmed the attack on Facebook LIVE, but it took 15 minutes before the soldiers intervened, only doing so after learning that she was Jewish. "I spoke with them about my Jewish values and that occupation and injustice is not a Jewish value, and I stand by that today."

"I would say that banning people for dissent is absolutely not a Jewish value. Erdan's actions are contrary to Jewish values. We as Jews have a long and rich history of valuing dissent and discussion and debate and thinking," Gold told Sputnik News. "And this is contrary to all of that." 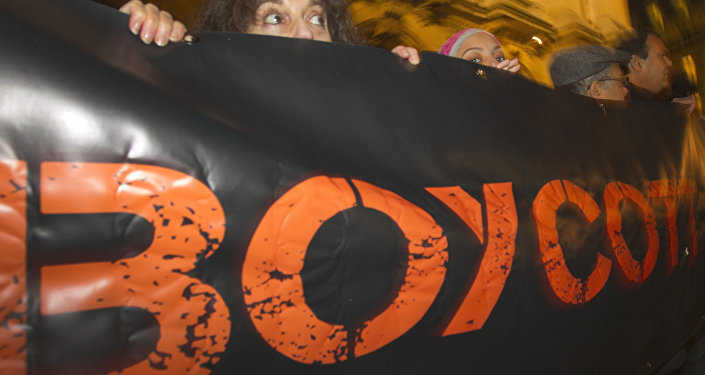 She went on to add that the Israeli military's actions, such as the "shooting of people in Gaza, the imprisoning of Palestinian children, and so on," are not in alignment with Jewish values, either.

Dery said he was "using my authority to prevent the entry of a woman into Israel who came to act against us and call for boycott."

"The fact that this is a Jew who tried to exploit her heritage is specifically bad for our country," he added, accusing Gold and other BDS activists of trying to "harm" Israelis.

Gold says that's not the case, and that she's "offended and hurt" from being accused of manipulating her Jewish identity.

"My Judaism is something that is incredibly sacred to me. I have spent my adult life belonging to a synagogue and raising my children in the Jewish religious community, bring them to Bar and Bat Mitzvah. They are currently right now at a Jewish summer camp. I've brought them to Palestine to meet with Palestinians and to the boundaries of Israel and in Palestine to see Jewish holy sites."

As to whether she seeks to cause harm to Israeli residents, she says she believes "completely in non-violence and no harm. My intentions are my obligations and my responsibility as a Jew to help bring my people back into alignment with our values and traditions of justice and equality."

While she's not being accepted into Israel, she says she has "been accepted throughout Palestine and appreciated for my work." As news of her deportation was beginning to make its way through the media, "there's been an outpouring of respect and appreciation to me for my work and outrage from Palestinians."

"Israel is showing itself now that it is not at all a safe haven for all Jews. It is a place where only Jews who are willing to be silent or who agree with the repressive policies are welcome," Gold said, adding that Israel's policies of expulsion and repression of Palestinians both run afoul of not just Jewish values, but of democracy as well.

Gold and other BDS advocates don't just face opposition in Israel, but also in the USl. A bill has made it to the floor of the US House of Representatives that could see institutions that "furnish information" about BDS in the US face criminal and civil punishments, including up to a million dollars in fines or a maximum sentence of 20 years in prison. Should it pass, US President Donald Trump would set the punishment.