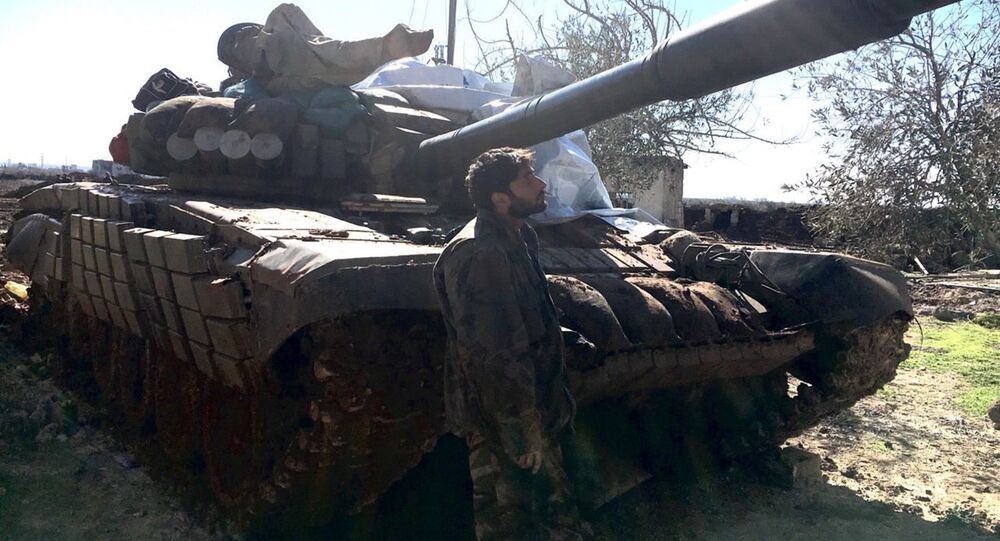 BEIRUT (Sputnik) – The negotiations between the Russian military and the outlawed armed groups in southern Syria have been resumed, Al Mayadeen reported Sunday, citing a spokesman of the opposition forces.

"The talks between the Free Syrian Army and Russian troops have been resumed in the south of Syria under Jordan’s mediation," the spokesman was quoted as saying by the Al Mayadeen broadcaster.

On Friday, the militants derailed the negotiations by refusing to hand in the heavy arms.

© AFP 2021 / JACK GUEZ
Israeli Army on High Alert in Golan Heights as Syria Intensifies Op in Daraa
The situation in the southwestern province of Daraa has escalated over recent several weeks with militants shelling the cities of Daraa and As-Suwayda, while the government troops have launched an offensive in the region to clear the last terrorist pockets in the area.

Some militant groups in the region have already started siding with Damascus. Last week, the first major group of militants from the Free Syrian Army — the Omari Brigades — sided with the government forces following talks with the representatives of the Russian reconciliation center. The group said it would fight against the militants from the Nusra Front and Daesh* together with the Syrian army in the south of the country.