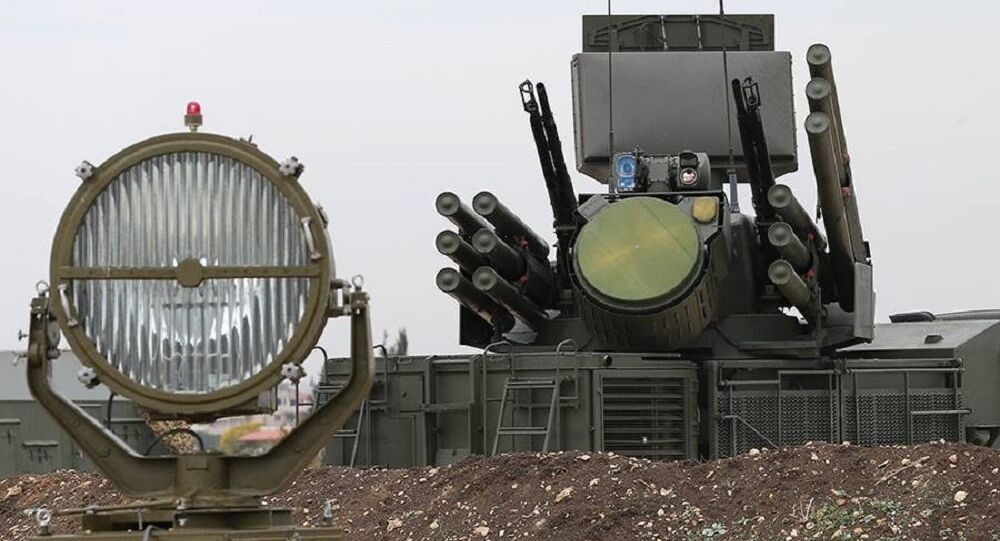 No damage or victims were reported as a result of the incident in the sky over the Hmeymim airbase. The air defenses of the Russian base have been boosted following a massive drone attack in January.

A representative of the Russian Hmeymim airbase reported that Russian air defenses had destroyed a group of unidentified drones that approached the military facilities during hours of darkness.

"The air defense system of the Russian airbase destroyed all air targets," the Russian military stated.

According to the airbase, the group of unmanned aerial vehicles of unknown origin was detected by Russian airspace control means to the northeast from the Hmeymim.

There has been no damage of victims as a result of the incident, which took place on June 30, while the Hmeymim airbase returned to operations on a scheduled basis.

© Sputnik / Evgeny Biyatov
Another Two Russian Fifth Gen. Su-57 Jets Reportedly Land in Syria's Hmeymim
The air defenses of the Russian airbase in Syria have been boosted following a mass drone attack against Russian military facilities, including the Tartus Naval base and Hmeymin airbase on January 6. According to the defense ministry, it was established that the launch of the drones was carried out from the area of the Muazar settlement located in the southwestern part of Idlib de-escalation zone controlled by the armed formations of the so-called 'moderate' opposition. The country's forces had taken control over six out of 13 drones, seven others were destroyed.

In the latest such incident, Russian air defense systems intercepted two combat drones launched by militants near the base in late April.

Russian servicemen had been deployed in Syria in fall 2015 at the invitation of the Syrian legitimate government, who asked Moscow’s assistance in the fight against terrorism. In December 2017, the Russian Defense Ministry announced that Daesh* in Syria had been completely destroyed. Following the terror group's defeat, Russian President Putin proclaimed "victory over terrorists" and ordered the partial withdrawal of Russian forces from the Syrian soil.

Currently, two Russian bases: in Tartus and Hmeymim, as well as the center for Syrian reconciliation are operating in the country. The Hmeymim airbase was equipped with S-400 missile defense systems in the wake of an incident when a Su-24 was shot down in November 2015.