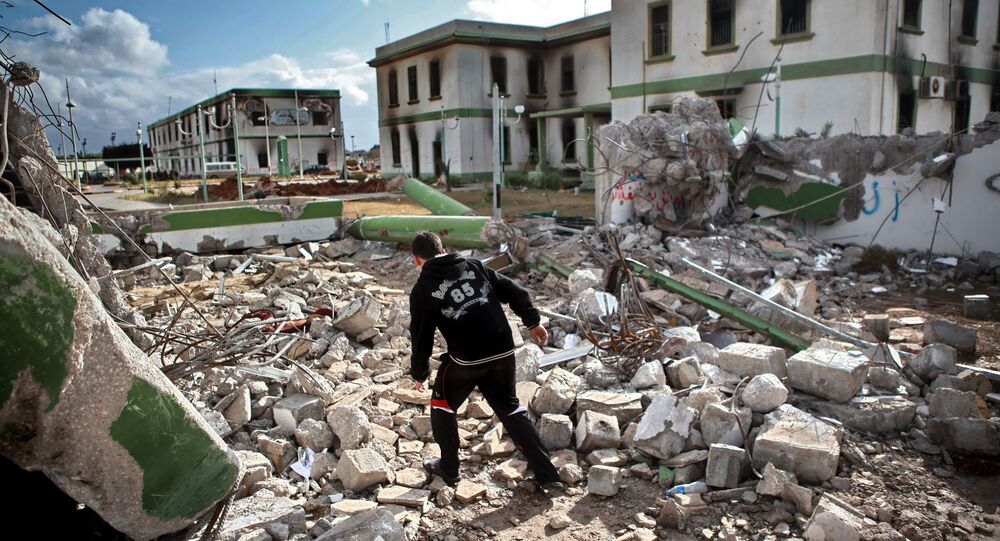 MOSCOW (Sputnik) - The Libyan National Army led by military commander Marshal Khalifa Haftar warned on Friday the international community against any attempts to deploy military contingents in the country to tackle illegal migration, the army’s command said on its Facebook page.

"We received information about the desire of some international forces to establish a military presence in some areas of southern Libya in order to counter illegal migration. The command of the Libyan armed forces warns these parties against such actions, which are considered as a violation of international law and an attack on the Libyan state and its sovereignty," the Libyan National Army said.

© REUTERS / Michael Kappeler, Pool
EU Commission Chief Believes EU-US Relations Need Less Drama
Libya is a transit country for illegal human trafficking of migrants from Africa to Europe. Earlier on Friday, the European Union expressed intentions to boost efforts aimed at putting an end to human trafficking through Libya and proposed to think about the creation of regional centers for migrants.

The army noted that it was ready to take any measures aimed at protection of the country’s sovereignty.

Libya has been in turmoil since 2011 when a deadly civil war broke out after the overthrow of country’s longtime leader Muammar Gaddafi. The conflict is ongoing and the country remains divided into two governments.