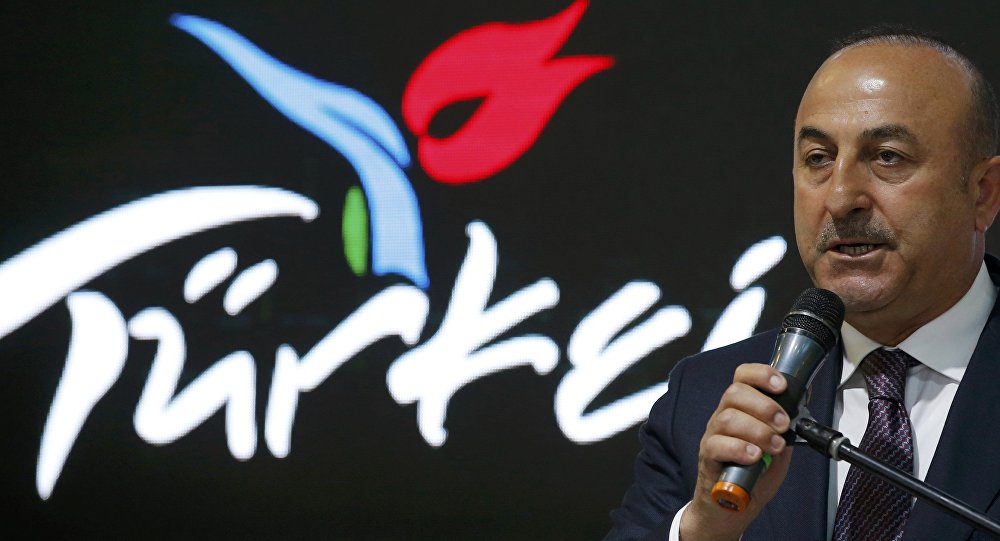 "Austria will now preside over the European Union and we think that within this period there won't be any positive steps, especially regarding our membership [of the European Union]," foreign minister Mevlut Cavusoglu told the NTV broadcaster.

Austrian Chancellor Sebastian Kurz, in particular, has repeatedly called for an end to EU-Turkey membership talks.

The European Union and Turkey started accession negotiations in 2005. However, relations between Ankara and Brussels have deteriorated in the wake of the failed coup in Turkey in July 2016, with Ankara accusing Europe of providing asylum for coup plotters.

© AFP 2019 / SAUL LOEB
Macron on Report That Trump Asked France to Exit EU: 'What Was Said in Room, Stays in Room'
Meanwhile, Brussels has strongly criticized the detention of journalists and human rights activists in Turkey and suspended preparations for new chapters of Turkey's accession negotiations.

Ties further deteriorated after several European countries, including Austria, refused to allow Turkish political figures to hold rallies ahead of the country's constitutional referendum, which was held in April 2017.