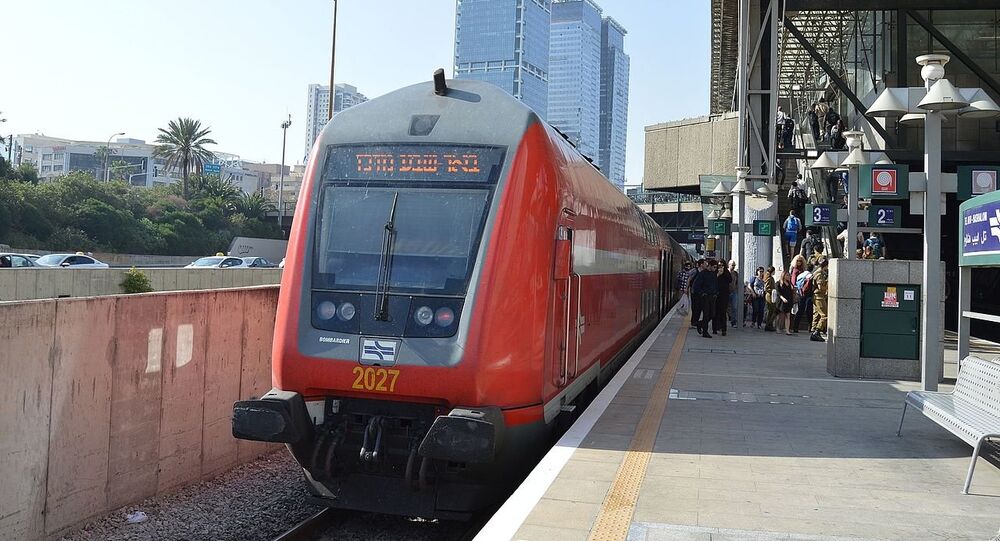 Despite the fact that Saudi Arabia and Israel have no official diplomatic relations, the two countries continue to develop "secret contacts", according to Israeli Prime Minister Benjamin Netanyahu.

Israeli Prime Minister Benjamin Netanyahu and Transportation Minister Israel Katz have agreed on starting consultations with the US, the EU and Middle Eastern and Asian countries to promote a rail link with Saudi Arabia, according to the Times of Israel.

The goal of the Tracks for Regional Peace project is to link Haifa's seaport to Jordan' rail network and that of Saudi Arabia and other Arab states. Additionally, the rail line will include a stop in the northern West Bank city of Jenin.

When touching upon the project in April, Katz pointed out that "there are two central components at the heart of this initiative," including Israel being "a land bridge between Europe and the Mediterranean and Jordan" which he said "will be connected to a railroad system to Israel and the Mediterranean in the West."

"Beyond its contribution to Israel's economy, the Jordanian and the Palestinian economies, the initiative will connect Israel economically and politically to the region and will consolidate the pragmatic camp in the region," Katz stressed.

Netanyahu's office and the Ministry of Transport and Road Safety singled out the existing transportation infrastructure in Israel, Saudi Arabia, and the Persian Gulf Arab states, which means that the Tracks for Regional Peace project may be completed within a short period of time.

READ MORE: 'They Both Hate Iran': Why Israel and Saudi Arabia Are Getting Very Cozy

In November 2017, Israeli Prime Minister Benjamin Netanyahu admitted that despite having no diplomatic relations with Riyadh, Tel Aviv had developed "contacts" with Saudi Arabia, which he said "have been kept in general secret."