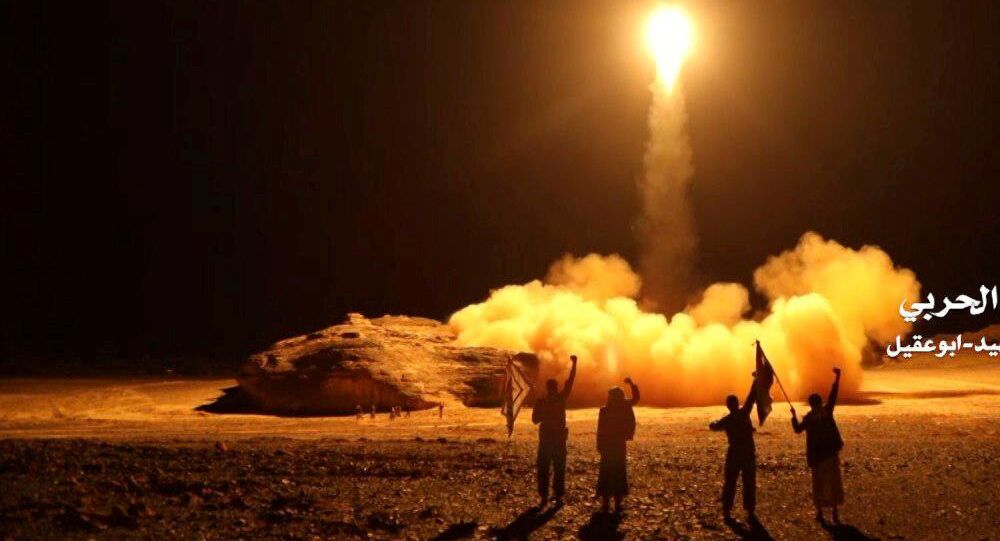 The Houthis targeted the Southwestern Saudi city of Khamis Mushait, according to the al-Ekhbariya TV.

The SPA news agency reported citing spokesman for the Arab coalition Turki Malik that the missile had targeted populated areas. The official confirmed the interception of the missile.

© AFP 2020 / NABIL HASSAN
Yemeni Pro-Gov't Forces Plan to Restore Control Over Hodeidah Port - Spokesman
On Monday, just a day before, the Saudi-led coalition carried out airstrikes against Houthi fighters in the Yemeni port city of Hodeidah, responding to a missile targeting the southwestern Saudi city of Jizan which had been launched by the Yemeni Houthi rebels earlier in the day, according to the Saudi Press Agency.

Yemen has been engulfed in an armed conflict between the government headed by President Abd Rabbuh Mansur Hadi and the Houthi movement since 2015. The Saudi-led coalition of mostly Persian Gulf nations has been carrying out airstrikes against the Houthis at Hadi's request since March 2015.