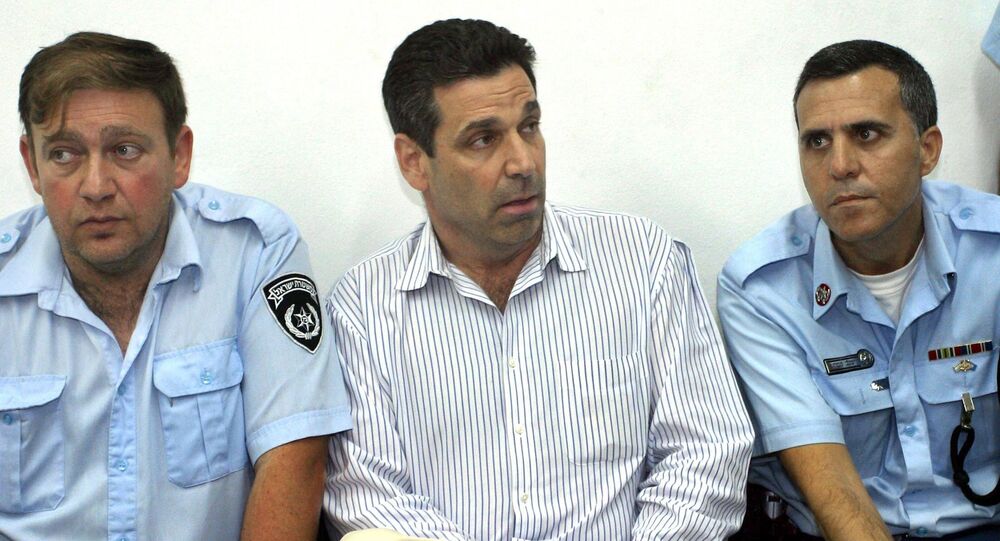 MOSCOW (Sputnik) - Israeli former minister of energy and infrastructure, Gonen Segev, who is also a member of parliament, has been arrested on suspicion of espionage activities on behalf of the Iranian intelligence services, the Israeli police said on Monday.

"Segev was detained for questioning immediately upon his arrival in Israel after the gathered information revealed that he had been in contact with Iranian intelligence services and assisted them in activities against Israel. The investigation revealed that he had been recruited and acted as an agent on behalf of Iranian intelligence," the police said on Twitter.

The Shin Bet security service said that Gonen Segev was accused of spying for Iran and aiding the enemy during wartime.

According to the police, in recent years Segev lived in Nigeria, and in May he traveled to Equatorial Guinea.

"He was transferred to Israel at the request of the Israeli police after Equatorial Guinea did not allow him to enter its territory due to his criminal past," the police said.

© Sputnik / Aleksey Nikolskyi
Against the Tide: Why Israel Refused to Expel Russian Envoys Over the Skripal Case
The investigation revealed that starting from 2012, Segev had been in contact with Iran's intelligence via the Iranian embassy in Nigeria. The meetings with Iranian agents were held in hotels and apartments around the world, which were "used for secret Iranian activity," the police added.

The ex-minister is suspected of providing Iran with information related to the energy market, security sites in Israel, officials in Israeli political and security bodies.

Segev was a member of Knesset (parliament) from 1992 to 1996, combining parliamentary activity with the post of the minister of energy and infrastructure.