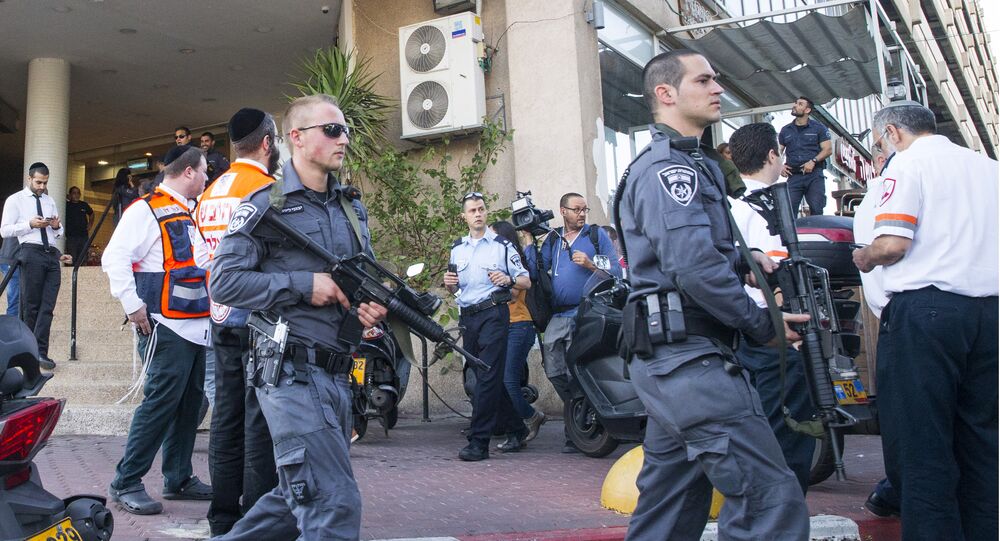 TEL AVIV (Sputnik) - Israeli security forces uncovered and thwarted a terrorist cell in April, which is believed to have been plotting a series of terrorist attacks in Tel Aviv, Jerusalem and the West Bank, the Israel Security Agency (Shabak) said in a Sunday press release.

"During interrogations of the suspects, … it was established that the cell was plotting terrorist attacks in central Israeli cities and settlements of Samaria [the northern part of the West Bank], including a bombing in Tel Aviv and a suicide attack in Jerusalem," the press release read.

According to the press release, the suspects were detained back in April, however, the operation was not made public.

Tensions between the Israeli and Palestinians flared up amid the Great March of Return rally, which began in Gaza on March 30. The Israeli side has been using lethal arms to suppress the rallies citing security concerns and putting the blame for the escalation on the Hamas radical movement, governing the Gaza Strip.