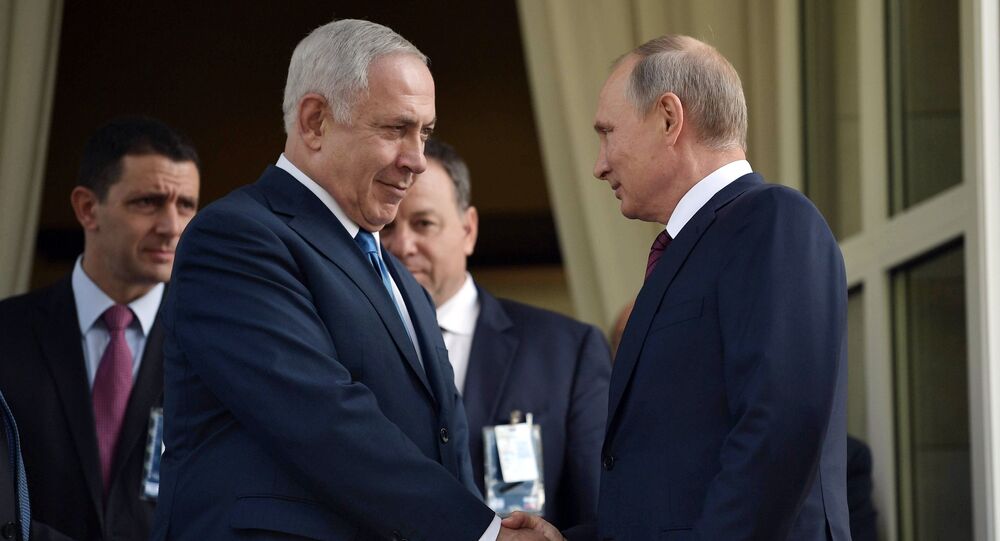 MOSCOW (Sputnik) - Russian President Vladimir Putin and Israeli Prime Minister Benjamin Netanyahu expressed by phone their readiness to step up coordination on Syria, including on anti-terrorism efforts, the Kremlin said in a statement Friday.

"The situation in Syria was discussed in the context of joint efforts to ensure security in the Syrian-Israeli border area. Both sides expressed readiness to boost coordination on Syria, including on countering international terrorism," the statement said.

© Photo : Russian Defence Ministry
Russian Defense Ministry Refutes Reports on Russian Su-34 Intercept of Israeli F-16
The situation near the northern borders of Israel and southern borders of Syria has been in the spotlight of officials and media outlets since the Syrian army has been planning an offensive to recapture its southern territories from militants.

In May, the Syrian forces reportedly airdropped leaflets demanding local militants in the southern Daraa province to surrender.

Daraa province is part of the ceasefire zone, which had been agreed upon by Jordan, Russia, and the United States in 2017. Russia has constantly said that only the Syrian government forces should be deployed near the country's southern borders since the agreement to create a ceasefire zone in southwestern Syria required the withdrawal of all non-Syrian forces from the area.

Israeli Prime Minister Netanyahu to Visit Russia on May 9