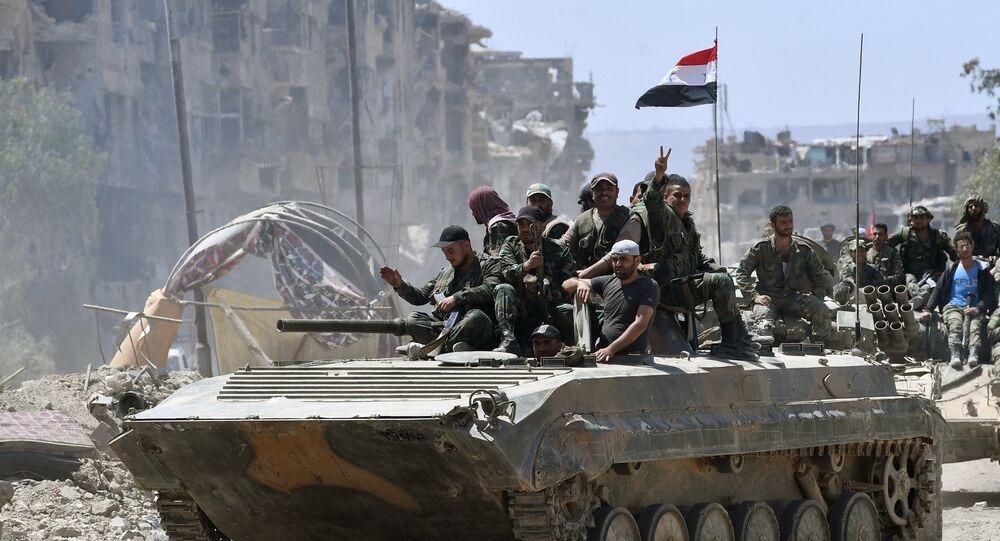 US State Department made a statement, in which it announced that it would give a decisive response to a possible offensife of Syrian army on southwestern de-escalation zone.

US State Department urged Russia to prevent Syrian government from conducting an offensive on southwestern de-escalation zone, saying that it would give a decisive response to the possible offensive.

The Department said it held Russia accountable for any violations by Syrian authorities and demanded that it use its leverage to compel the government to peace.

"Russia is duly responsible as a permanent member of the UN Security Council to use its diplomatic and military influence over the Syrian government to stop attacks and compel the government to cease further military offensives," the statement continued.

@FuriousKurd
Assad Vows Resistance Against US, Israeli, Turkish "Occupying Forces" in Syria
On Wednesday, Syrian president Bashar Assad said in an interview with the Iran's al-Alam television that the scenario for the liberation of the south of Syria has not yet been determined, it could be either a peaceful solution or a forceful one. He added that there were no obvious results of the peaceful approach "because of Israeli and US pressure on terrorists in that region."

Previous month, local media reported that Syrian government forces have been redeploying elite units of Syrian army from Damascus and other parts of Syria to the southern front. The offensive will reportedly aim to liberate the whole region of southern Syria, including territory near the Israeli-occupied Golan Heights.