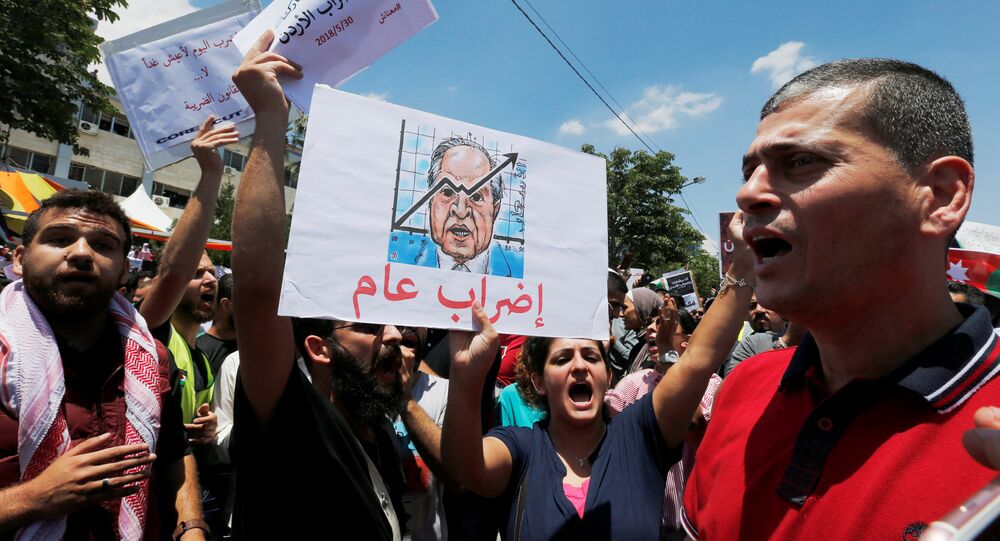 MOSCOW (Sputnik) - Jordanian Prime Minister Omar Razzaz has withdrawn the draft income tax law which prompted nationwide protests in the country in May and subsequently led to the resignation of the government led by Hani Mulki, a press release issued on the prime minister’s official website said.

In early June, then Prime Minister Mulki decided to step down in the wake of the nationwide protests against rising prices and an unpopular draft tax law, which was sent to the parliament in May. King Abdullah II authorized Razzaz, then education minister, to form the country's new cabinet.

© REUTERS / Muhammad Hamed
PHOTO and VIDEO of Jordan Rocked by Protests Against Austerity Measures
Since May 30, the Jordanians have been protesting against price hikes caused by austerity measures backed by the International Monetary Fund and against a bill implying income tax increases.

Jordanian trade unions have continued their protests against the proposed tax reform despite the fact that the government responsible for preparation of the bill stepped down. The activists demand a change of political course instead of individual shuffles in the cabinet.