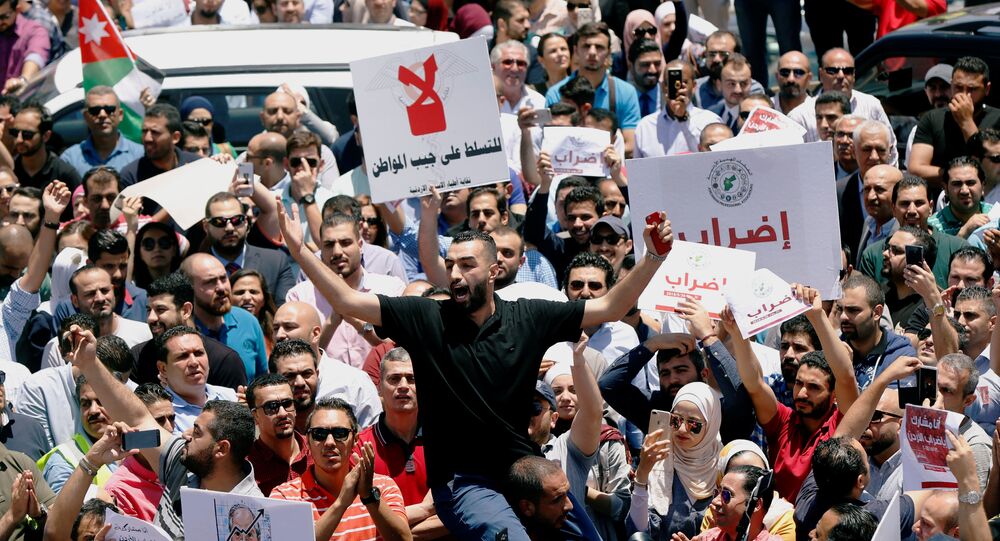 Responding to mass anti-austerity protests held in Jordan, a number of Gulf States have offered the kingdom $2.5 billion to help it overcome an economic crisis.

Saudi Arabia, Kuwait and the United Arab Emirates (UAE) have announced their decision to allocate a $2.5 billion aid package to Jordan, including a deposit into its central bank, World Bank guarantees, annual support for the kingdom’s budget over five years and financing of development projects.

Gulf monarchies are not alone in their willingness and readiness to support the strategic Arab state: the High Representative of the European Union for Foreign Affairs, Federica Mogherini, also assured Jordan of continued financial support on Sunday.

“We are here not as a gesture of charity, if you allow me the expression, but as an investment,” she said, adding that the kingdom is located “in probably the most heated and difficult area of the world.”

She also told a press conference with Jordanian Foreign Minister Ayman Safadi that the EU has given the crisis-hit country $1.18 billion over three years, and will provide $23.5 million more for social protection programs.

READ MORE: PHOTO and VIDEO of Jordan Rocked by Protests Against Austerity Measures

© REUTERS / Muhammad Hamed
Young Professionals in Jordan Spearhead Anti-IMF Austerity Protest
Mass rallies have hit Jordan since May 30, after the government proposed a set of economic reforms, involving price hikes and increased taxes to bring down the country’s debt level in line with the International Monetary Fund's (IMF) requirements.

In 2016, Jordan’s government signed a three-year loan with the IMF, which approved $723 million to support the country.

PHOTO and VIDEO of Jordan Rocked by Protests Against Austerity Measures