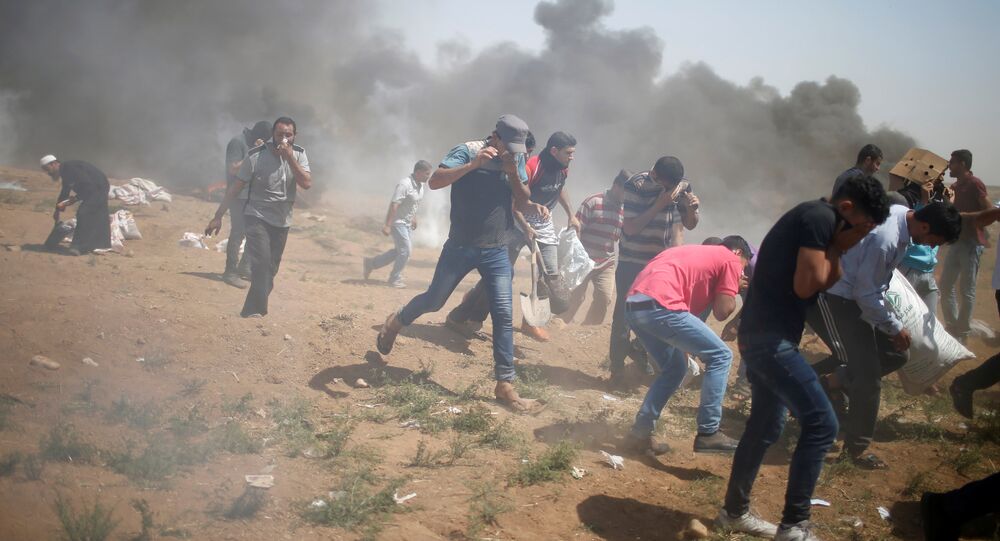 GAZA (Sputnik) - Four Palestinians were killed and hundreds wounded on Friday in clashes with Israeli soldiers on the Gaza border, a Gazan health official told Sputnik.

This brought the total death toll among Palestinians protesting the occupation of their native land by Israel past 120, while thousands were hurt by Israeli live fire and tear gas.

© REUTERS / Ibraheem Abu Mustafa
Palestinians Protest on Gaza Border on 'Al-Quds Day' as IDF Deploys Iron Dome
Rallies on the Gaza-Israel border have been on since March 30. Israel has blamed Gaza’s militant administration Hamas and Iran for the violence, while the UN Security Council urged Israeli soldiers to exercise restraint.

The IDF said earlier that its troops had increased security measures along the border with the Gaza Strip in order to protect the Israeli people and the country's infrastructure against the alleged attempts by the Hamas movement, which governs the Gaza Strip, to carry out terrorist attacks.

Tensions between the Israeli and Palestinians flared up amid the Great March of Return rally. The Israeli side has been using lethal arms to suppress the rallies citing security concerns and putting the blame for the escalation on the Hamas radical movement. Since the start of the protests dozens of Palestinians have been killed and thousands injured.