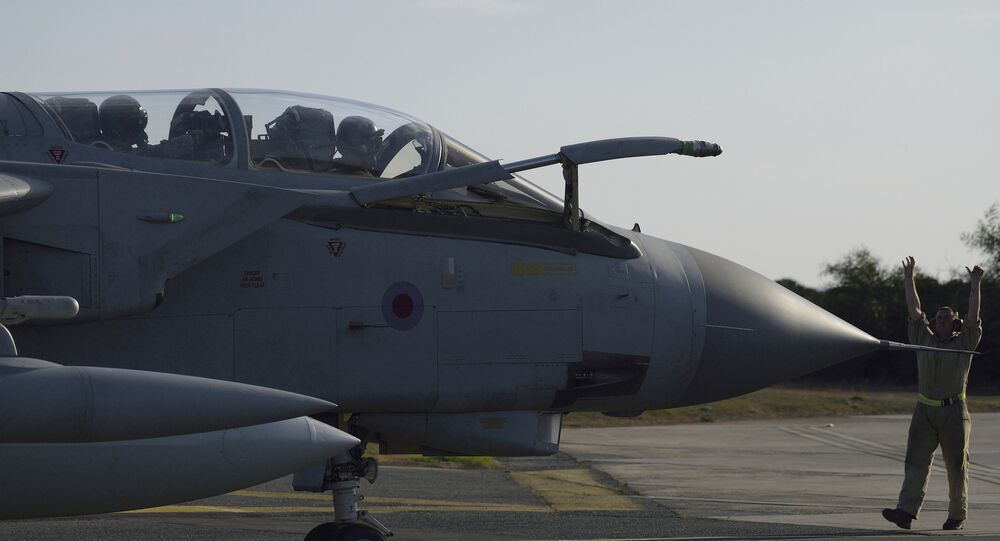 The outgoing chief of the British Armed Forces went on the defensive amid a new report accusing the US-led coalition of violating international law and killing hundreds of civilians in the Syrian city of Raqqa.

Defense Staff Chief and Air Chief Marshall Stuart Peach said that the coalition had been "meticulous" in its efforts to avoid civilian casualties amid its bombardment of the "really wicked and evil enemy" in Raqqa.

Speaking to the BBC, Stuart stressed that the Royal Air Force's Raqqa operation was "the most carefully planned air campaign in history."

© Photo : tasnimnews.com
Syrian Army Seizes Foreign-Made Weapons Slated for Militants in Idlib - Reports
The senior officer in charge of the UK's fight against Daesh (ISIS)* also noted that all alleged incidents of civilian casualties are being properly investigated, pending the provision of information about the time and place they occurred.

Stuart's comments follow the release of a new report by Amnesty International. The rights group is accusing the Us-led coalition of the unlawful use of white phosphorus in civilian neighborhoods on Raqqa's outskirts, and cites numerous civilian casualties caused by coalition airstrikes leading to hundreds of deaths and thousands of injuries. Amnesty calls these attacks a violation of international law.

A Russian Foreign Ministry spokesman responded to the Amnesty report, saying that it shows the disproportionate and indiscriminate use of force which resulted in most of Raqqa being "wiped off the map" instead of liberated.

© Sputnik / Hikmet Durgun
Damascus Urges UN to Protect Peace Amid Latest US-Led Coalition Strikes in Syria - Reports
The Royal Air Force has launched over 1,600 air strikes in Syria, Iraq, and Libya since August 2014 as part of Operation Shader, the UK's code name for its mission against Daesh. The US-led coalition has carried out thousands of air strikes against the group since June 2014.

The Syrian government has repeatedly condemned the US-led coalition's airstrikes, noting that they did not stop the terrorist group's advance in 2014 and 2015, and emphasizing that Damascus did not authorize the coalition to carry out airstrikes on sovereign Syrian territory.