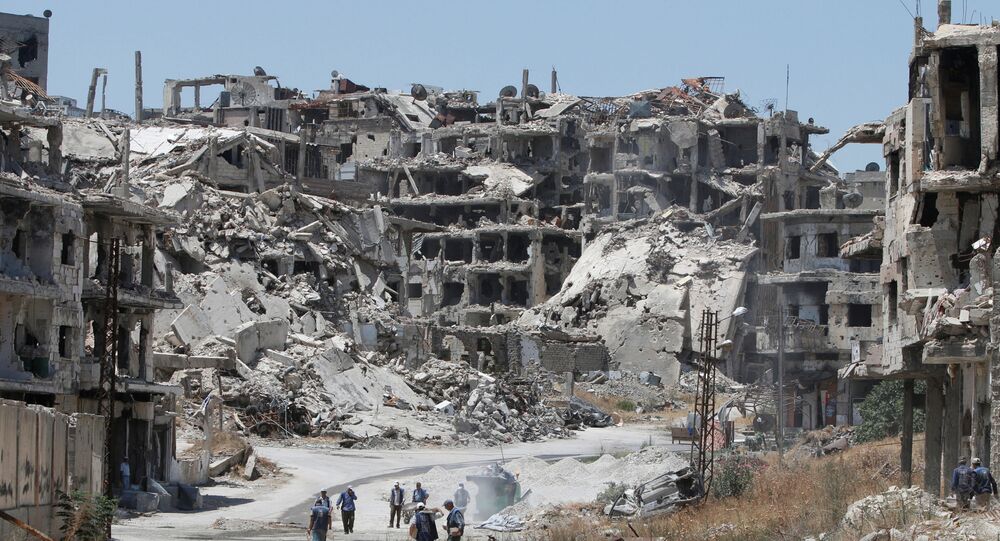 Syrian authorities have discovered near Homs a network of tunnels used by terrorists. The tunnels are full of combat and communications hardware.

A network of tunnels used by terrorists fighting government forces was discovered during a sweeping operation in the countryside north of Homs, the Syrian Arab News Agency reported Thursday.

© REUTERS / Omar Sanadiki
Homs-Hama Highway in Syria Reopens After 7 Years of Closure - Reports
According to the outlet, the sweep seized several terrorist headquarters and shelters. In the tunnels, the forces found stockpiles of arms as well as advanced communication devices, including hardware for satellite communication. The latter were used to communicate with other terrorist groups and with the "supporting countries," the agency reported.

The network of tunnels and trenches extended under schools, farms and houses in the town of Tirma'leh. The exact length of the system is undisclosed.

On May 16, the area north of Homs was declared free of terrorism after the last militants handed over their weapons and ammunition to authorities and were evacuated to the northern part of the country, SANA reports.

Syrian Army special forces are conducting sweeping operations to secure all villages and towns in the area, which includes defusing numerous improvised explosive devices that the terrorists planted to injure or kill civilians attempting to safely return to their homes.