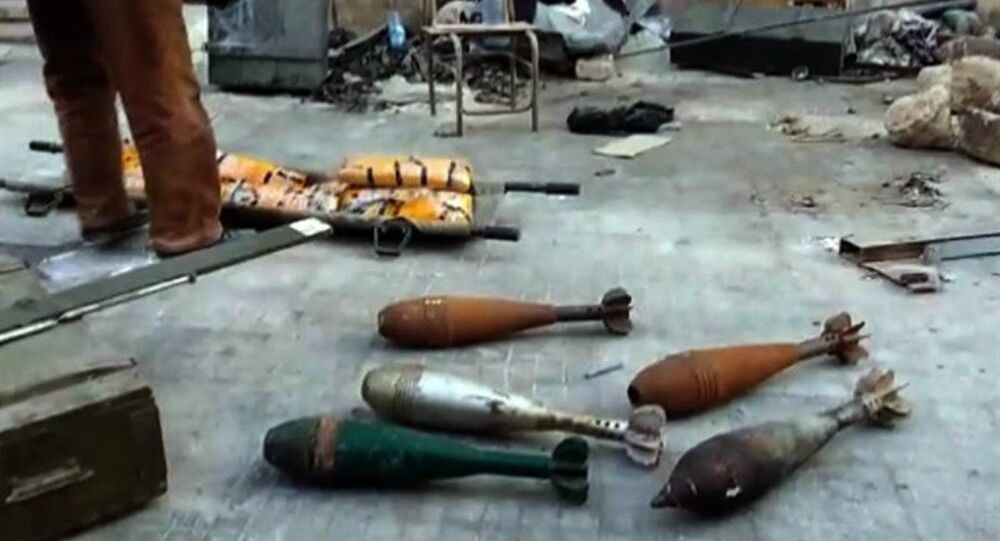 BEIRUT (Sputnik) – The Syrian authorities have seized a large batch of weapons and ammunition intended to be smuggled to terrorists operating in the northwestern Idlib province, SANA news agency reported on Wednesday.

The operation to capture the arms was launched after the authorities had received information from local sources in the countryside of the city of Homs that the arms had been destined for the terrorists, the SANA reported citing a security services officer.

The Idlib province is known as an area where various terrorist and militant factions operate. Particularly, in April, militants from the Damascus neighborhood of Eastern Ghouta withdrew from the area and were transported to Idlib. Moreover, a de-escalation zone is located in the area.

The Syrian authorities have been actively fighting against terrorism, and have over the past years regained vast territories that had been under militant control since 2011.