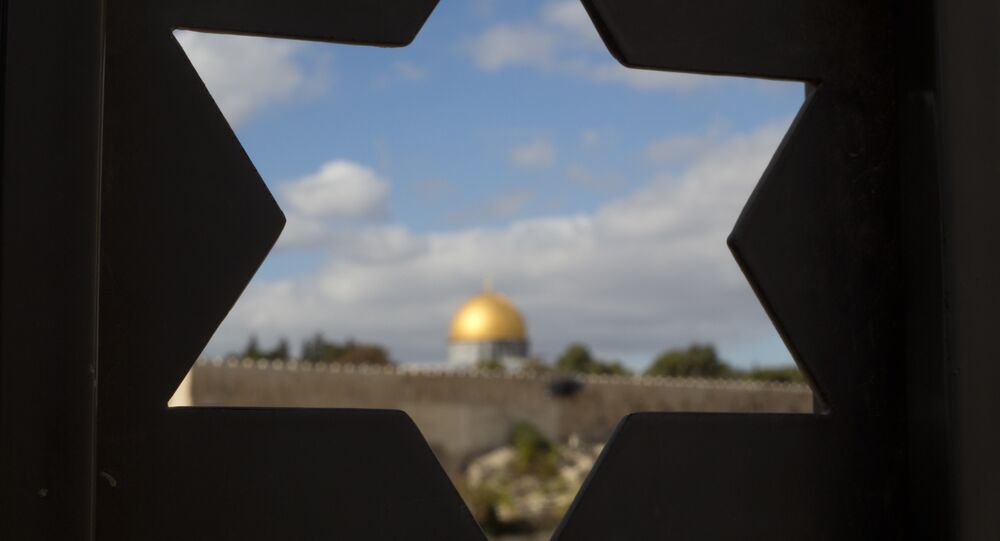 Israel has resumed excavating a section of the historic Bab al-Rahma (Gates of Mercy) cemetery adjacent to the holy Al-Aqsa mosque in the Old City of Jerusalem.

Israel's Nature and Parks Authority (INPA) reportedly began digging up graves in the Muslim cemetery in mid May, according to the Palestinian news site Wafa.

The site carries a huge amount of significance for Muslims, as it is believed to host the final resting places of Ubada ibn as-Samit and Shadad ibn Aus, two companions of the Prophet Muhammad, according to the Turkish newspaper Daily Sabah.

In the summer of 2015, Israel announced plans to build a national park trail through parts of the cemetery and seized about 40 percent of it, according to Ma'an News Agency. In May 2018, fences were reportedly constructed

The cemetery has reportedly been in use for more than 1,000 years. But in March, the Palestinian Information Center reported that Israeli authorities had been marking graves and constructing fences to keep Palestinians from digging new ones. Palestinian attorney Sami Ershid told the news site that Israel was seeking a ‘fait accompli' strategy, as there are still legal cases before Israeli courts on the fate of the cemetery.

Fait accompli means that a decision had been reached prior to the affected parties becoming informed. Mustafa Abu Zahra, who leads the Committee for the Preservation of Islamic Cemeteries in Jerusalem, made similar remarks to Ma'an in 2015, saying Israeli officials "claimed they were putting a court decision into effect," but had not provided any evidence of such a ruling.

The United Nations has repeatedly ruled that East Jerusalem, which contains Jerusalem's Old City, is illegally occupied by Israel.

Over the first weekend of June, several Palestinians were reportedly injured while protesting the annexation of the cemetery, according to the Turkish broadcaster A News.

The cemetary, and the Al-Aqsa compound, the third holiest site in Islam which sits just beyond it, form a nexus of religious conflict. In Judaism, the eastern gate of the compound is believed to be the entrance point for the Messiah when he returns. In Christianity and Islam, the eastern gate is believed to be the point from where Jesus entered Jerusalem, or to Arabs, Al-Quds.

The location of the Al-Aqsa mosque, for its part, is even more contentious. The Jewish faith teaches that it was from this location that God created the world and that King Solomon and King David built the "First Temple" there. It was eventually razed and later, other Jewish leaders built yet another temple there, which was also destroyed. Jewish faith maintains that a third and final temple will be constructed there when the Messiah returns.

In the Muslim faith, Muhammad is believed to have been transported there from Mecca before ascending to Heaven to commune with God from the rock inside the Dome of the Rock, and mosques have been constructed and destroyed there for centuries. Christians believe the second Jewish temple built there, Herod's Temple, was the site of several significant events in the life of Jesus.

On June 5, Israeli forces arrested some 12 Palestinians at a courtyard in the compound as 53 Israeli citizens forced their way into the site, which remains under the control of Muslims. No details were available as to the reason of their detention, according to the Turkish Anadolu Agency, but the commotion underscores the ongoing tensions in Jerusalem, which have been particularly heightened since US President Donald Trump made the decision to recognize the city as the capital of Israel.