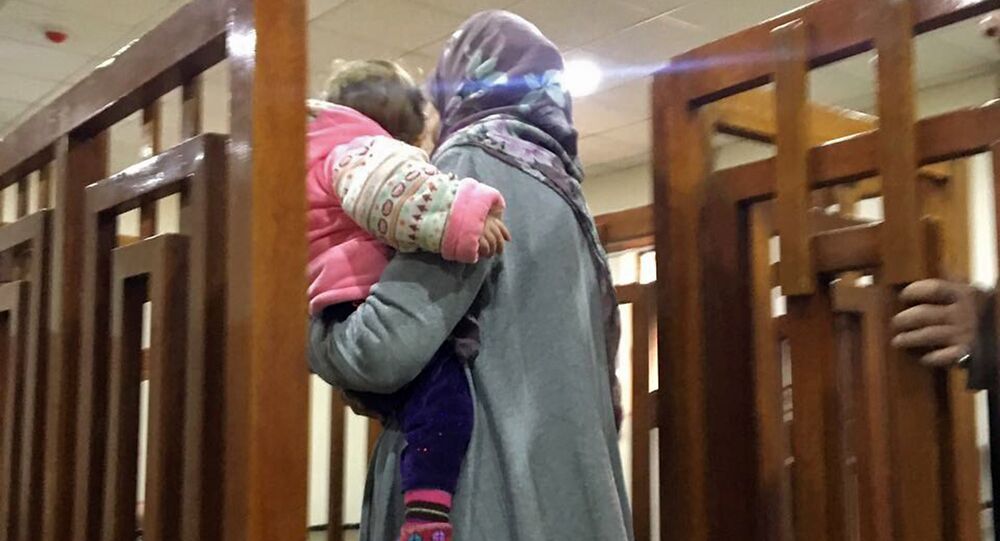 PARIS (Sputnik) - A court in the Iraqi capital of Baghdad on Sunday sentenced French citizen Melina Boughedir to life imprisonment over her affiliation with Daesh, French BFMTV broadcaster reported.

According to the broadcaster, the 27-year-old woman could have been sentenced to death under the Iraqi counterterrorism law.

It is possible that Boughedir will not remain in prison for the rest of her life, as, since the reform of the Iraqi penal code, the life sentence is no longer applied in the country, which means that the young woman may be released in at least 20 years, the channel added, citing French journalist Nicolas Henin.

© CC0
'Likely a First Time': Daesh Reportedly Executes Two Swedish Citizens in Iraq
The French woman with her four underage children was captured by the Iraqi forces in the city of Mosul in July 2017. In February this year, the Baghdad penal court sentenced her to a seven-month imprisonment for illegal entry on the territory of Iraq.

However, in late March, the Iraqi Supreme Judicial Council ordered a new trial and decided to revise the charges against Boughedir adding the accusation of Daesh membership.

Boughedir is yet another French citizen sentenced to life imprisonment in Iraq. In April this year, an Iraqi court sentenced 29-year-old Djamila Boutoutaou over the same charges.