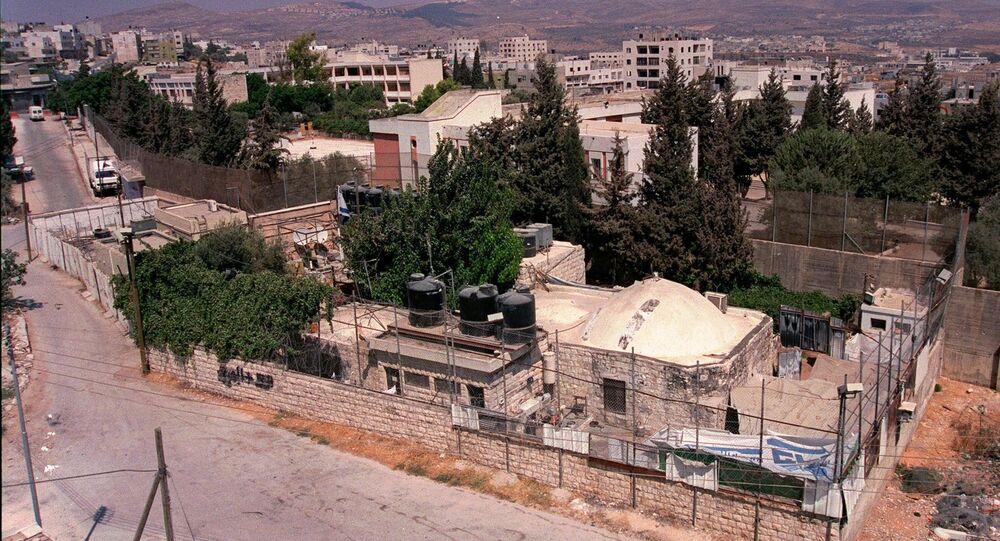 PARIS (Sputnik) - Paris condemns the decision of the Israeli authorities to allow the construction of new houses in Jewish settlements in the West Bank, the French Foreign Ministry said Thursday.

"France condemns the decisions taken by the Israeli authorities to allow the construction of almost 2,000 homes in 30 different colonies in the West Bank, in particular, 92 houses near the sensitive E1 zone," the statement said.

"In any form, it represents the actual annexation of the West Bank ... hinders the search for a sustainable and peaceful solution," the French Foreign Ministry said.

© REUTERS / Suhaib Salem
Unemployment Rate in Gaza World's Highest - Labor Organization
The priority of France is to preserve the decision to establish two states and facilitate the resumption of crucial negotiations, the ministry concluded.

The comment followed the AFP report, citing Peace Now, an Israeli movement monitoring settlements activity, saying that Israel has approved to the construction of 1,958 new settlement units in the West Bank.

As the settlements watchdog specified, about 700 homes have already been totally approved, while the rest have moved through the first stage of endorsement.

© REUTERS / NY Post/Chad Rachman/Pool
UK Envoy Believes Prince William's Visit to Palestine Will Help to Solve Recognition Issue
The reported move took place after a week ago, Israeli Defense Minister Avigdor Lieberman promised to approve plans for the construction of 2,500 housing units in Jewish settlements of the West Bank of the Jordan River, with more than half of them to be started immediately.

Settlement activities in the occupied West Bank and in the annexed Eastern Jerusalem, where nearly 600,000 Israeli citizens already live, are considered to be one of the main obstacles in the Middle Eastern peace process.

In its annual report in March, Israeli NGO Peace said that the number of Israeli settlements being constructed on the territories of the West Bank, excluding Jerusalem, grew by 17 percent in comparison to the yearly average of the past years.

Resolution 2334, adopted unanimously by the UN Security Council in 2016, calls the Israeli settlements on Palestinian territories, occupied since 1967, a violation of international law, saying that these settlements are not legally valid.