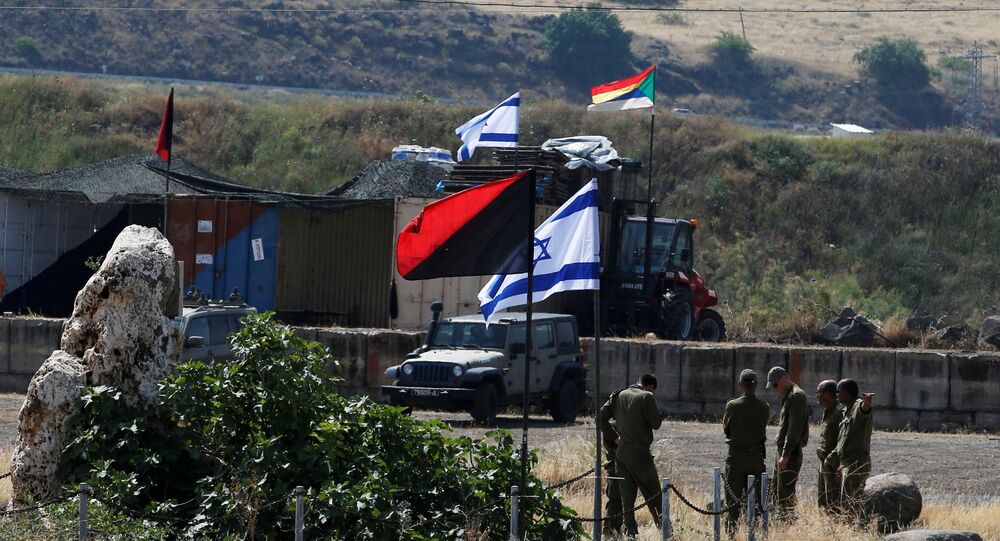 "Just finished the meeting with Russian Defense Minister Sergey Shoigu. The State of Israel appreciates Russia’s understanding of its needs in the area of security, especially in relation to the situation at our northern borders," Lieberman wrote on Twitter.

Israel would continue its dialogue with Russia on various issues, Lieberman added.

The statement was made after on Tuesday Israel had reportedly agreed with Russia that forces of Syrian President Bashar Assad would be deployed near the Israeli northern borders. In exchange, Russia reportedly promised to ensure that the Syrian pro-government troops deployed near the Israeli-Syrian border would not include Iranian forces and the Lebanese Hezbollah movement.

However, on Tuesday, Russian Deputy Foreign Minister Mikhail Bogdanov said that he was unaware of any such agreement between Russia and Israel.

© CC BY-SA 2.0 / Rob Schleiffert / F-16I Israel
Israeli Jets Actively Patrolling Syrian-Lebanese Border – Reports
The situation near the northern borders of Israel and southern borders of Syria has been in the spotlight of officials and media outlets recently since the Syrian army has been planning an offensive to recapture its southern territories from militants. Earlier in May, the Syrian forces reportedly airdropped leaflets demanding local militants in the southern Daraa province to surrender.

This area is part of the so-called ceasefire zone, which had been agreed upon by Jordan, Russia, and the United States in 2017. Russia has repeatedly said that only the Syrian government forces should be deployed near the country’s southern borders since the agreement to create a ceasefire zone in southwestern Syria stipulated the withdrawal of all non-Syrian forces from the area.