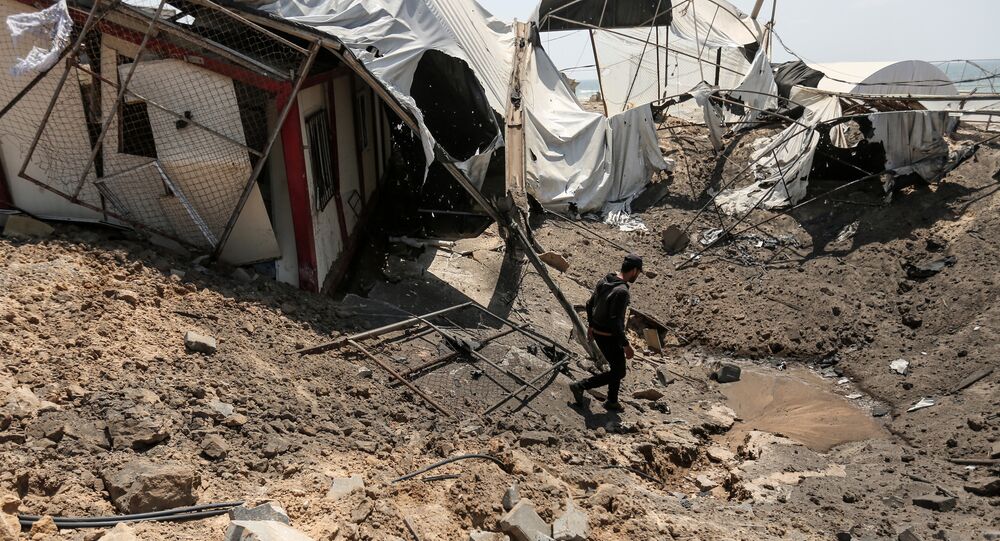 A senior member of the Israeli government has said the country should cut all its ties to the Palestinian enclave known as the Gaza Strip in response to the latest outbreak of violence in the region.

Israeli Minister of Intelligence Yisrael Katz has declared that Tel Aviv should sever its ties with the Gaza Strip, including cutting off the water and power supply to the enclave, The Times of Israel reports.

"The time has come to change the rules of the game. I support the idea of separation from Gaza. There is no compromise and no concession; we will not allow harm to our citizens and not a trickle [of rockets]. I estimate that soon that matter will be decided," he said.

© AP Photo / Gali Tibbon/Pool
Netanyahu: Israel Deals 'Harshest Blow' to Gaza Militants in Years
The minister argued that Israel needs "to separate from Gaza, to stop the fuel and water," and to simply rely on the military when dealing with the Hamas-controlled region, "as in the case with southern Lebanon."

"There is an anomalous situation here that happened at the end of the disengagement, and we remained responsible," he added.

Katz’s statements came in the wake of violent clashes between Israeli security forces and Palestinian militants on the border between Israel and the Gaza Strip.

Since Tuesday morning, the Al-Qassam Brigades, an armed wing of Hamas, and the Al-Quds Brigades of the Palestinian Islamic Jihad (PIJ) that operate in the Gaza Strip fired over 70 rockets and mortar shells at southern Israeli districts.

The Israeli forces retaliated with a series of airstrikes, hitting 65 militant targets in the enclave.

Tensions on the Israel-Gaza border have remained high since March, when the Palestinians started a protest campaign dubbed the Great March of Return. The wave of rallies resulted in violent clashes between Palestinian protestors and the IDF.

The situation was further exacerbated when the United States relocated its Israeli embassy to Jerusalem, thus officially recognizing the ancient city as the capital of Israel.