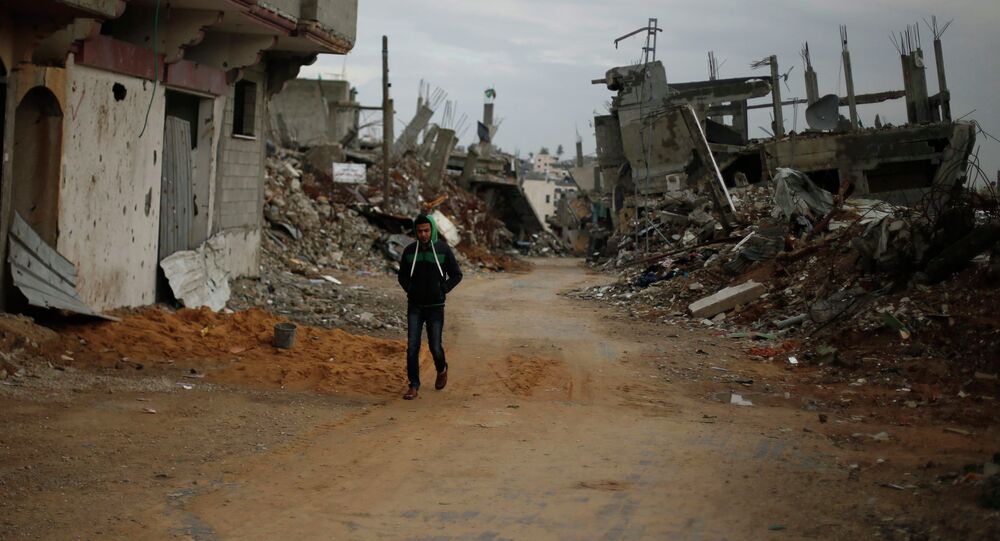 GENEVA (Sputnik) - The unemployment rate in the occupied Palestinian territories, in particular in the Gaza Strip, turned out to be the highest in the world and amounted to 27.4 percent in 2017, the International Labour Organization (ILO) said in its annual report on Wednesday.

"The unemployment rate in the Occupied Palestinian Territory (OPT) has risen to the world’s highest level, at 27.4 per cent in 2017, says an annual report of the International Labour Organization (ILO), entitled The situation of workers of the occupied Arab territories," the ILO said in a press release.

According to the report, the segments of society most vulnerable to unemployment are women and youngsters.

"Female unemployment is now approaching the 50 percent mark. In Gaza, the data tell an even more dramatic story: almost every second worker is unemployed and almost two-thirds of all women workers are jobless," the report said.

The report places particular focus on the labor market situation in the Gaza Strip, where almost every second worker is unemployed and almost two-thirds of all women are jobless.

"Gaza’s unemployment rate, already the world’s highest in the previous year, rose sharply once again and stood at 43.6 percent in 2017. Notably, 63 percent of Gaza’s unemployed have been without work for a year or longer," the report indicated.

© REUTERS / Ibraheem Abu Mustafa
Gaza Shelling of Israel Damages Electric Facility Supplying Palestine With Energy - Reports
The ILO added that in the present situation the increasing number of Palestinians, especially the young ones, were leaving the Palestinian territories for other countries, in particular, Israel to work.

Palestinians seek diplomatic recognition for their state on the territories of the West Bank, including East Jerusalem, which is partially occupied by Israel, along with the Gaza Strip. The Israeli government, along with a number of other countries, refuses to recognize Palestine as an independent political and diplomatic entity and continues to build settlements in the occupied areas despite objections from the United Nations.