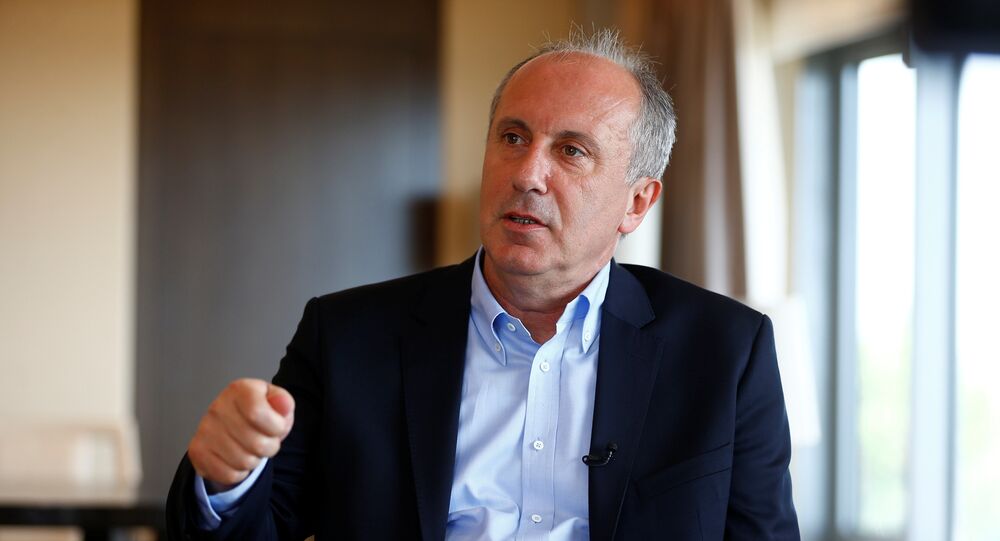 ANKARA (Sputnik) - Presidential candidate for Turkey’s opposition Republican People's Party (CHP) Muharrem Ince told Sputnik on Wednesday that he would restore diplomatic relations with Syria if he won the upcoming election, expressing hope that Ankara would join Damascus and its ally Moscow in resolving the Syrian crisis.

"The commitment to a friendly, good neighborly policy toward Russia is natural to Turkish foreign policy, and negative consequences emerge if it is abandoned. We can see it, particularly in Syria… Together with Russia, we can solve the Syrian crisis and other linked problems faster and easier. Russia and Turkey are in favor of Syria's territorial integrity. When I become president, I will send an ambassador to Damascus immediately," Ince said.

Turkey severed its diplomatic ties with Syria in March 2012 amid the unfolding Syrian Civil War. Ankara sided with the West in accusing Syrian President Bashar Assad's government of violating human rights and using chemical weapons against its own population. The relations worsened when Turkey started to provide support to various Syrian armed opposition groups, which aim to remove Assad from power, and after a Turkish fighter jet was downed by the Syrian army in June 2012.

© REUTERS / Khalil Ashawi
Turkish Observation Posts in Syria's Idlib to Be Constructed in Week - Erdogan
Turkey currently controls the northern Syrian district of Afrin and is planning to establish control over the district of Manbij as part of its counterterrorism operation which primarily targets Kurdish militias, which, according to Ankara, have ties to the Kurdistan Workers' Party (PKK), a terrorist organization outlawed in Turkey. Damascus has condemned the operation as a violation of Syria's sovereignty.

The snap presidential election in Turkey is scheduled for June 24. Apart from Ince, incumbent president Recep Tayyip Erdogan, Selahattin Demirtas from the pro-Kurdish Peoples' Democratic Party, and independent candidates Meral Aksener, Temel Karamollaoglu and Dogu Perincek are in the running. On the same day, the Turkish people will also elect members of parliament.