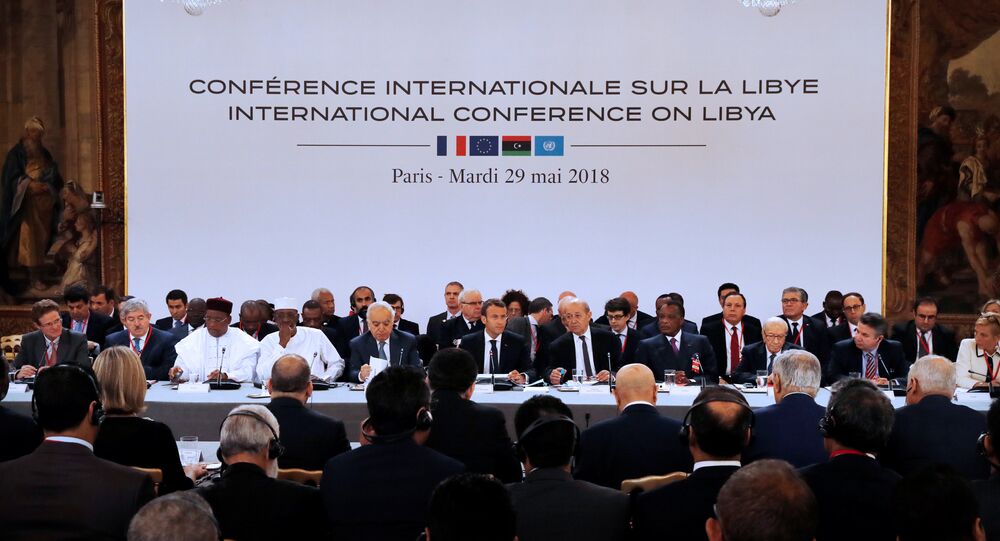 Competing Libyan factions agreed to hold parliamentary and presidential elections on December 10, an advisor to Libyan Prime Minister Fayez Seraj stated after a meeting in Paris.

The sides to the Libyan crisis have agreed to participate in the UN-led conference to implement the agreements reached in Paris, a joint statement, issued on Tuesday, said.

"An agreement has been reached on participation in a comprehensive political conference under the auspices of the United Nations to monitor the implementation of this statement," the document read.

Earlier in the day, the Libyan official said that the parties have reached an agreement on "finalizing a constitutional base for elections" by September 16.

The international conference on the settlement of the situation in Libya is taking place on May 29 in Paris. The meeting is held under the aegis of the UN with the participation of the head of the Government of National Accord of Libya Fayez al-Sarraj, as well as head of the Libyan National Army Khalifa Haftar, who controls the east of the country.

Consensus between the four Libyan reps. on finalizing a constitutional base for elections by Spt.16th, and to to have presidential and parliamentary elections on Dec.10th this year

Libyan Prime Minister Fayez Seraj, eastern-based military commander Khalifa Haftar and the heads of two parliamentary assemblies are attending the talks, which aim to draft a roadmap for elections.

"Positive that all Libya parties present at Paris conference agreed on the timeline leading to elections in December. Let us hope, and help them in keeping this important commitment," Malta's Prime Minister Joseph Muscat said from inside the meeting.

The country has been in turmoil since the 2011 civil war that resulted in the overthrow of Gaddafi. The eastern part of Syria is governed by its parliament, with headquarters in the city of Tobruk. The parliament is backed by the LNA, which is engaged in the struggle against militants. At the same time, the UN-backed Government of National Accord (GNA), headed by Prime Minister Fayez al-Sarraj, operates in the country's west and is headquartered in Tripoli.

The League of Arab States (LAS) is ready to assist Libya in conducting the elections in the country by the end of this year and to facilitate the recognition of results, Secretary General of LAS Ahmed Aboul Gheit said.

"The LAS will be ready to support and monitor the election if the actors in Libya agree to hold them by the end of this year and if necessary political and legal conditions have been achieved and security is ensured," Gheit said, according to the statement released by the organization.

At the same time, the LAS does not see any problem with the elections being postponed until the beginning of 2019, according to the Secretary-General.

© AFP 2020 / Abdullah DOMA
Libya's Haftar Forces Take Control of Entrance to Derna - Spokesman
Gheit added that the LAS was ready to work on bridging the gap between the opposing sides in Libya with regard to the election and to facilitate the recognition of the results of the vote inside the country and internationally.

According to media reports, the two rival political forces in Libya agreed at the talks on the Libyan resolution in Paris to hold parliamentary and presidential elections on December 10 and to prepare the constitutional basis for them by September 16.