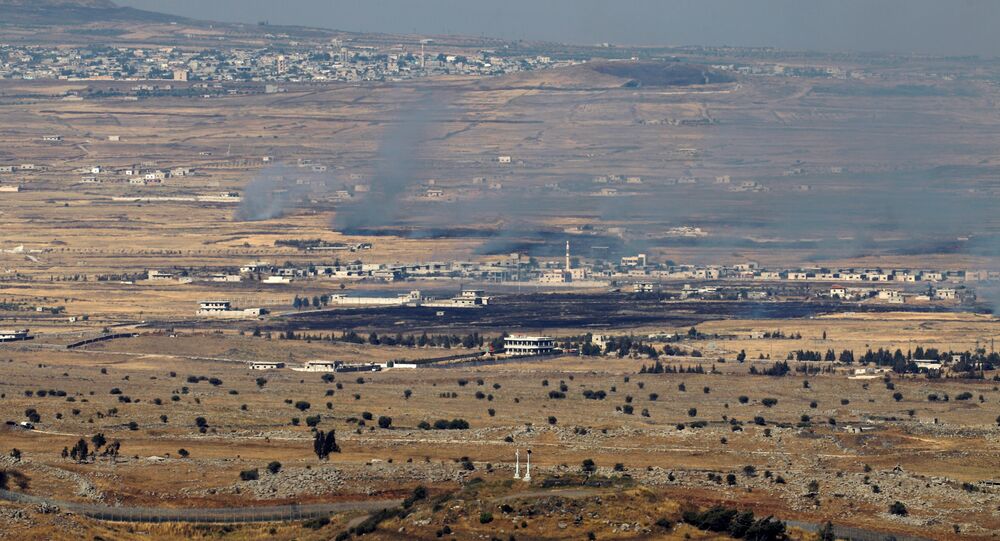 Control Over S Syria Borders to Be Handed to Damascus - Source

Control over the southern borders of Syria, including the al-Tanf area, will be handed over to the government forces of Syria after the Paris talks, a source familiar with the situation told Sputnik.

"All areas on the (southern) border will be transferred to the government of Syria, an agreement on the UN Zone for Disengagement Observer Force (UNDOF) will be resumed on the Golas Heights, the presence of Iranian forces in the border areas is not stipulated," the source told Sputnik.

"We are working against the Iranian military presence in Syria and we will not be satisfied if it leaves only the southern part of Syria," the prime minister said. "The long-range missiles that Iran is trying to deploy there threaten Israel from an even greater distance, and therefore Iran must leave the entire territory of Syria."

Earlier in the day, Israel and Russia have agreed to deploy the forces of Syrian President Bashar Assad near the Israeli northern borders, the Channel 2 broadcaster reported on Tuesday.

In exchange for the Israeli concession, Russia promised to ensure that the Syrian pro-government troops deployed near the Israeli-Syrian border would not include Iranian forces and the Lebanese Hezbollah movement, the Channel 2 broadcaster reported, citing a high-ranking political source.

The media report, however, has yet to be commented on by Syrian authorities.

However, Russian Deputy Foreign Minister Mikhail Bogdanov stated that Moscow had no information about the reported deal between the countries.

The report comes a day after Israeli Prime Minister Benjamin Netanyahu stated that the Jewish state would never accept any Iranian military presence "anywhere" in Syria, thus, repeating his earlier statements warning Tehran against gaining a foothold in the Arab Republic.

© AP Photo / Hammurabi's Justice News
Daesh-Linked Terror Groups Seen in Syrian al-Tanf Controlled by US - Lavrov
The decades-long tensions between the countries have further escalated after the Israeli Air Force’s attack on dozens of what it called "Iranian targets" in Syria earlier in May. Its turn, Iran, has yet again reiterated that it has no bases in the Arab Republic, while exclusively its military advisors are present in the country in order to help the Syrian government fight terrorism.

Commenting on the attack, Damascus stated that Syria would counter all the attacks by the Israeli forces on its sovereign territory and will not hesitate to strike Israeli military targets as it has a right for self-defense.

The Golan Heights, seized by Israel in the 1967 Six-Day War and annexed 14 years later, are also one of the main sources of tensions between Israel and Syria. The international community has not recognized Israel's annexation of the Golan Heights, with the UN condemning the move in 1981 and 2008 and Tel Aviv saying that it the territory, which has remained an apple of discord for Israel and Syria, would never be returned to Damascus.

Netanyahu: Iran Should Be Denied Any Military Presence in Syria