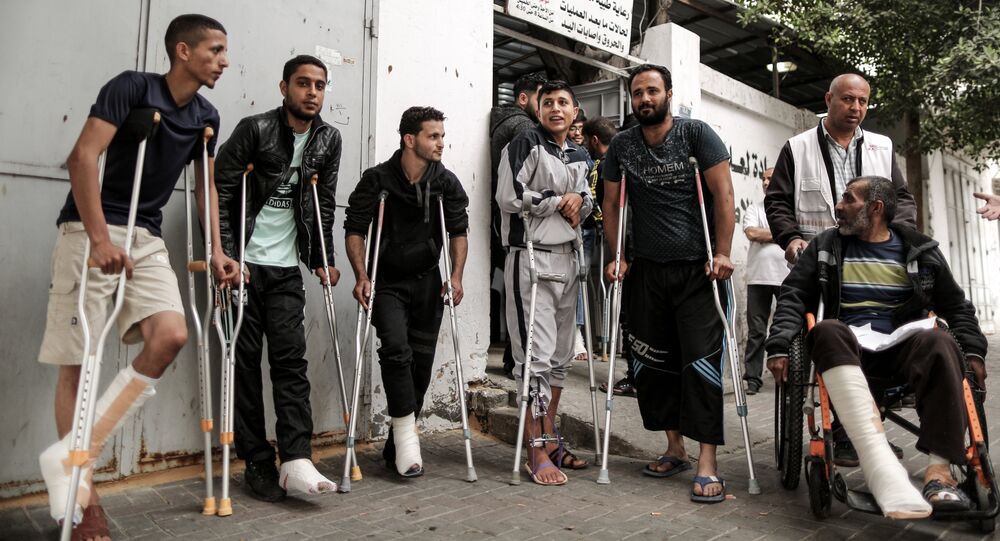 GAZA (Sputnik) - The third Palestinian died on Sunday after an Israeli tank had fired at a military observation post in the south of Gaza, the official representative of the local Health Ministry Ashraf Kidra told Sputnik.

© REUTERS / Ibraheem Abu Mustafa
Palestinian Authority Threatens to Cut Security Ties with Israel if Gaza Blockade Lifted - Report
On Saturday, the Israeli aircraft carried out an airstrike on positions of the Hamas Palestinian movement in southern part of the Gaza Strip.