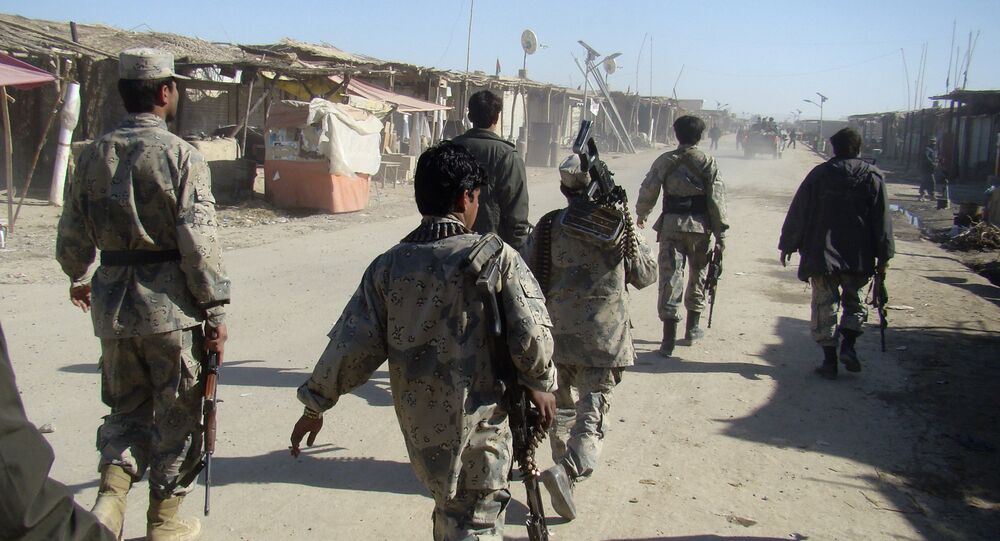 The incident took place at 7:00 a.m. local time (02:30 GMT) in the district of Nad-e-Ali when a Mazda car loaded with explosives detonated near an army base, TOLO reported.

The number of killed can be as high as 16, according to security sources cited by the broadcaster. The Taliban radical movement reportedly claimed responsibility for the attack.

© AP Photo / Allauddin Khan
'Mostly Failed': SIGAR Slams US 16-Year Effort to Stabilize Afghanistan
Afghanistan has long been suffering from political, social and security instability due to the activity of the various armed groups, including Taliban and Daesh* militants. As to a report released May 1 by the US Special Inspector General for Afghanistan Reconstruction (SIGAR), about 39% of the country's territory with 65% of the country's population is controlled by the government, while the number of the police and military forces is declining.