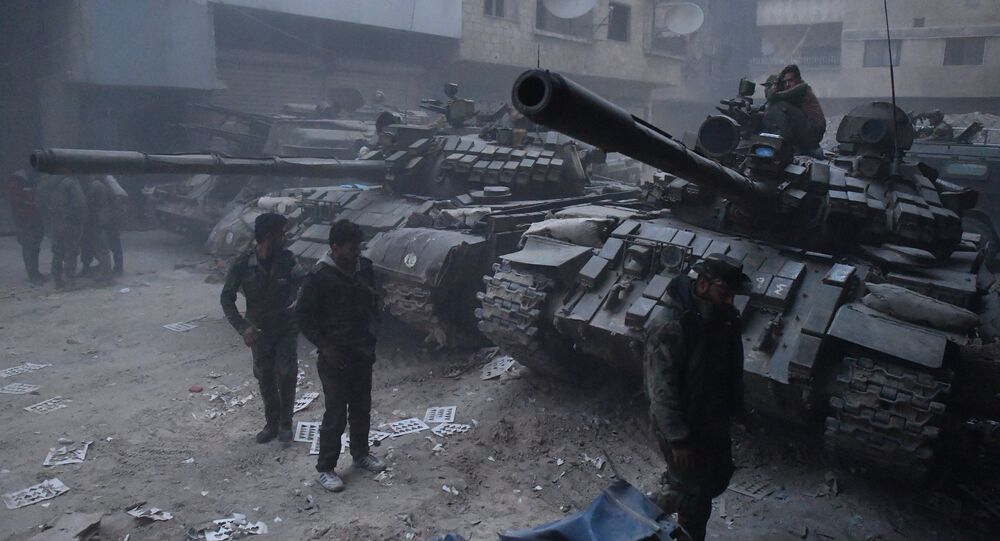 Large caches of weaponry and construction equipment used for digging underground communications have been reportedly seized by Syrian government forces during a sweep in southern Damascus.

Syrian forces patrolling the recently liberated townships in southern Damascus have discovered a tunnel excavator and equipment used to manufacture mortar shells apparently abandoned by terrorist forces that previously controlled that area, according to the Syrian Arab News Agency (SANA).

According to the news agency, the government forces also seized a large amount of explosives and munitions during the sweep, including bombs, shells, hand grenades, RPG rounds, improvised explosive devices (IEDs) and components of explosive belts used by suicide bombers.

© Sputnik / Mikhail Voskresenskiy
Last Nail in the Jihadist Coffin: How Syrian Army Defeated Terrorists in Damascus
The Syrian military have also reportedly discovered a basement in the town of Babila, which was converted by terrorists into a workshop for making mines and IEDs, and which also contained a large quantity of shells and containers used to manufacture these deadly contraptions.

Earlier in May, militants in the towns of Yelda, Babila and Beit Sahem in southern Damascus surrendered a sizeable quantity of weapons and munitions to the Syrian military prior to being evacuated from the area as part of a deal with the government.