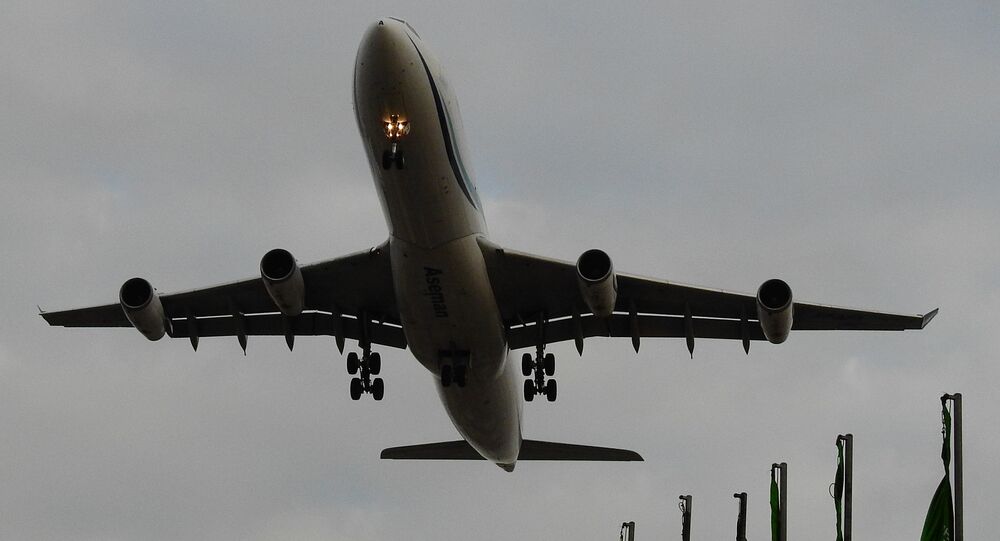 WASHINGTON (Sputnik) - The United States imposed a new wave of sanctions on nine individuals and entities accused of skirting sanctions to secure equipment and parts for designated Iranian airlines, the Treasury Department said in a statement on Thursday.

"The facilitators designated by the Treasury today have been procuring parts and providing services for the fleets of sanctioned Iranian airlines, including Mahan Air, Caspian Air, Meraj Air, and Pouya Air," Treasury Secretary Steven Mnuchin said in the statement.

The new US sanctions also targeted Turkish citizen Gulnihal Yegane and a network of firms based in Istanbul, including Trigron Lojistik, RA Havacilik and 3G Lojistik, the Treasury said.

© AFP 2020 / STR
Iran May Start Work With Medium-Sized EU Firms Amid US Sanctions - Official
Ever since Trump withdrew from the nuclear deal with Iran, the US has been resorting to sanctions pressure against Tehran in what the Treasury said was the US president's "aggressive campaign" against Iran's elite Islamic Revolutionary Guard Corps (IRGC).