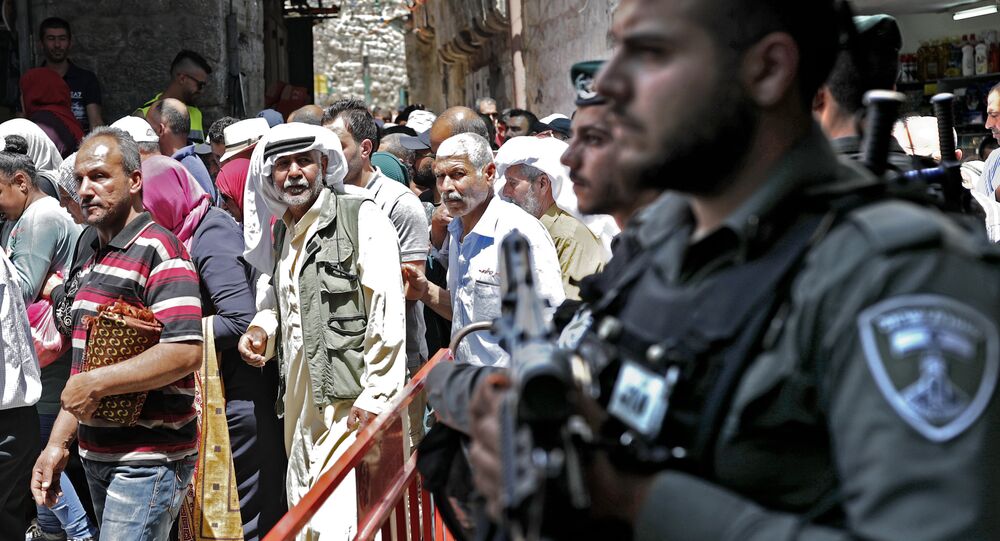 At the onset of the Islamic holy month of Ramadan, a new media report suggests that Israeli authorities may restrict access to Jerusalem for Muslims living in the Gaza Strip.

Tel Aviv has reportedly decided to not allow the residents of the Gaza Strip to visit Jerusalem during Ramadan, the Israeli Defense Ministry’s Coordinator of Government Activities in the Territories (COGAT) told Russian newspaper Izvestia.

According to the newspaper, this ban will effectively prevent Muslims living in the Gaza Strip from visiting the Al-Aqsa Mosque – the third holiest site in Islam located in the Old City of Jerusalem.

While previously Israel had eased travel restrictions for Palestinians during Ramadan, this year these measures will only be extended to Muslims living in the West Bank region.

COGAT chief Maj. Kamil Abu Rokon insisted the decision was made due to the recent mass protests and clashes between Palestinians and Israeli security forces on the Gaza Strip border, along with the fact that the enclave is being run by Hamas, which he branded as a terrorist organization.

© AP Photo / Gali Tibbon/Pool
Netanyahu: ‘I Agree With Hamas,’ Gaza Protest Wasn’t ‘Peaceful’ (VIDEO)
The Israeli government, however, apparently did not issue any official statements regarding these reported measures.

The Islamic holy month of Ramadan began on May 16 and is due to end on June 14.

The situation in Gaza has further escalated in the wake of mass protests that had erupted in the Gaza Strip on the 70th anniversary of Israel’s founding and in the wake of the opening of the US Embassy in Jerusalem – an act that has cemented US President Donald Trump’s decision to formally recognize the city as the Israeli capital.