Israel's Prime Minister Benjamin Netanyahu, who is yet to comment on the media reports, has recently voiced dissatisfaction with information leaks pertaining to topics discussed during Israeli government meetings.

The Israeli news network, Channel Ten, reported that a couple of weeks ago, Prime Minister Benjamin Netanyahu had ordered the relocation of security cabinet meetings to a bunker in the National Center for Crisis Management in Jerusalem.

The relocation came after Netanyahu, who has yet to comment, expressed frustration about information leaks specifically related to an Israeli cabinet meeting's discussion of the Iranian nuclear program.

Before the cabinet session, information emerged that Netanyahu would host a presentation on so-called developments regarding the Iranian missile program. 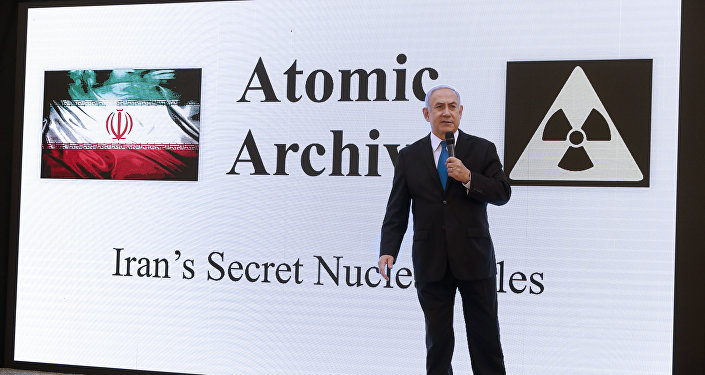 © AFP 2019 / Jack Guez
Israeli Opposition Warns Netanyahu Against 'Empty' Allegations on Iran Nukes
During an internationally-televised address on May 1, Netanyahu said that Israeli intelligence services had obtained more than 100,000 files allegedly proving that Iran has continued pursuing a covert nuclear program, in line with a plan dubbed "Project Amad."

Netanyahu claimed that Tehran has failed to comply with its international obligations under the Joint Comprehensive Plan of Action (JCPOA), also known as the Iran nuclear deal, and that the Islamic Republic concealed its missile program in order to use it in the future.