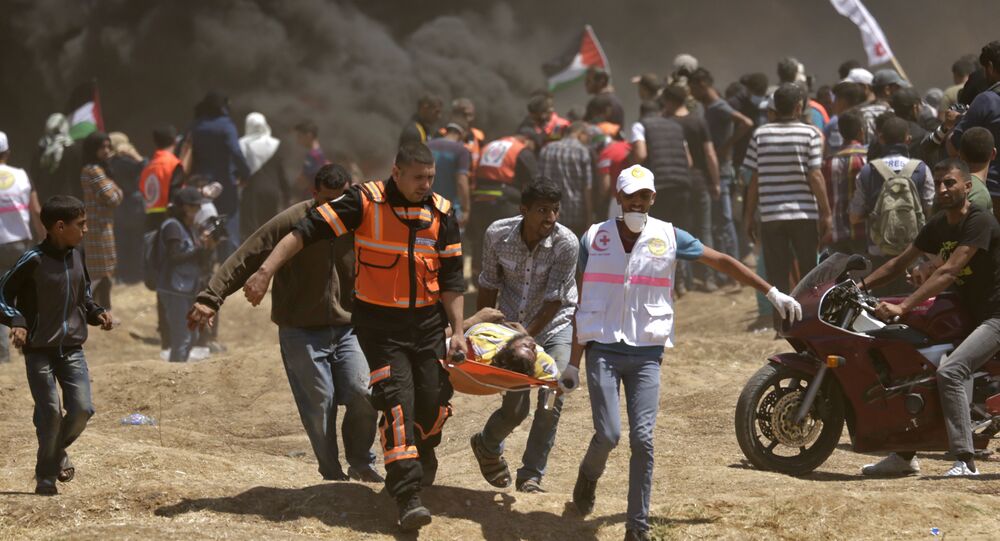 Since late March, thousands of Palestinians have taken to streets in the so-called Great March of Return, protesting along the border between the Gaza Strip and Israel. The clashes with border security have already left over 60 dead and scores injured.

The Israeli Defense Forces (IDF) has lambasted Iran on its official Twitter account saying it is essentially behind Hamas and is to blame for the atrocities in the region:

"The mask has been pulled off: Hamas is Iran, Iran is Hamas. The terror along the security fence is an Iranian mission," IDF's tweet reads.

Earlier, IDF spokesman Ronen Manelis published a critical article in the Wall Street Journal condemning what he claims is a "propaganda operation" initiated by the Hamas movement in global media. According to him, the world was buying Hamas's "lies" despite the "leaks of truth," made by the group itself.

He thereby referred to a recent statement by a senior Hamas leader, Salah Bardawil, who said that 50 out of 62 people killed in protests along the Gaza border belonged to the group. That same day, Israeli Prime Minister Benjamin Netanyahu publicly agreed with Hamas's co-founder, Mahmoud al Zahar, who claimed that billing the Palestinians' operations in Gaza as "peaceful" was a "clear deception."

Netanyahu pointed out that demonstrators in the Great March of Return, which kicked off on March 30 and reached its climax on May 14, Israel's independence day and the day the US unveiled it embassy to Jerusalem, "shot guns" and "lobbed explosives at Israelis," which he claimed "isn't peaceful at all."