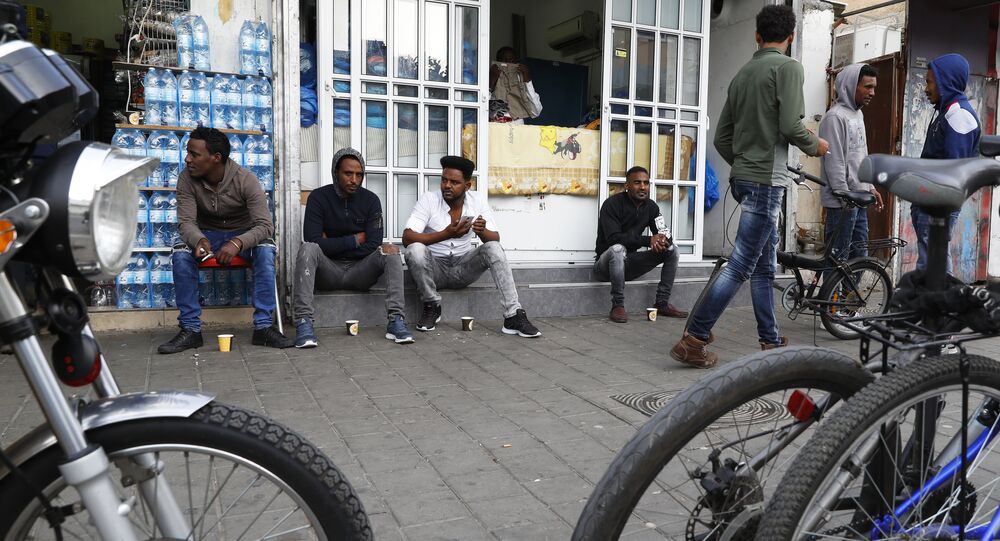 A growing number of refugees in Israel find themselves unable to withdraw money from their own bank accounts due to unannounced changes made to their visa numbers by the government.

Hundreds of asylum seekers in Israel cannot access their bank accounts after renewing their visas because the Population and Immigration Authority altered their visa numbers, Haaretz reports.

According to the newspaper, dozens of complaints have been filed with various aid organizations.

"They changed my visa number and I didn’t notice that the number on the new visa was different. Now I can’t deposit or withdraw money from my account. I went back to the Population Authority and told them I have a problem with the bank because of the change in the visa number, but they told me that they can’t do anything about it," an asylum seeker from Eritrea told Haaretz.

© AP Photo / Tsafrir Abayov
Netanyahu to Reopen Detention Centers for African Refugees as Deportation Plan Fails
The Israeli Hotline for Refugees and Migrants also pointed out that "for most asylum seekers, their visa and their release subject to restrictions is their only means of identification,"  and that it should pose no problem for the Population and Immigration Authority to "add the old identity number on lines meant for remarks."

It remains unclear at this time what is the purpose of this initiative.

Yonit Naftali Kav El, founder and head of a volunteer project that provides aid to refugees, has claimed that:

"Since we’ve accompanied the line, every week or two we see a new edict, something small or big that disrupts their lives and makes them more difficult. The government’s policy is to encourage [the asylum seekers] to leave the country and the most efficient way to do this is not to let asylum seekers live here on the most basic level," she said.

Israeli media earlier reported that Tel Aviv seeks to resume negotiations with the UN refugee agency to resettle the roughly 38,000 asylum seekers living in the country, the majority of whom fled Eritrea and Sudan.

The announcement was made after Israel acknowledged the failure of its refugee relocation plan and its inability to forcibly deport the asylum seekers.