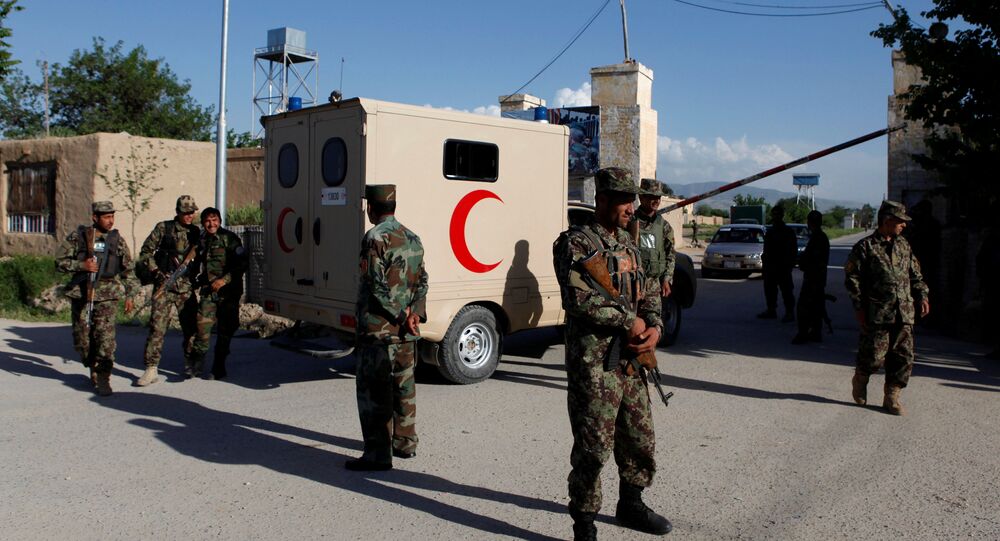 WASHINGTON (Sputnik) - Recent reports of success in battles between Afghan forces and terrorist fighters, recently depicted by US military officers as signs of a shift in momentum, fail to reflect a lack of overall progress in turning the tide of battle, according to a report by the US Department of Defense Inspector General on Monday.

"This quarter, US officials stated that the Taliban was not achieving its objectives and that momentum was shifting in favor of the Afghan National Defense and Security Forces (ANDSF)," a press release summarizing the report stated. "However, available metrics showed few signs of progress, and during the quarter, the Taliban and the Islamic State [Daesh*] in Iraq and Syria — Khorasan, each launched high-profile attacks in Kabul that killed hundreds."

© AFP 2020 / ROBERTO SCHMIDT
Tweet in 'Poor Taste': 'Afghanistan Not in a Position to Tolerate Ridicule' - Parliamentarian
The release cited one publicly available metric to measure military success — the percentage of population and districts controlled by the Afghan government — as having changed little during the first quarter of 2018.