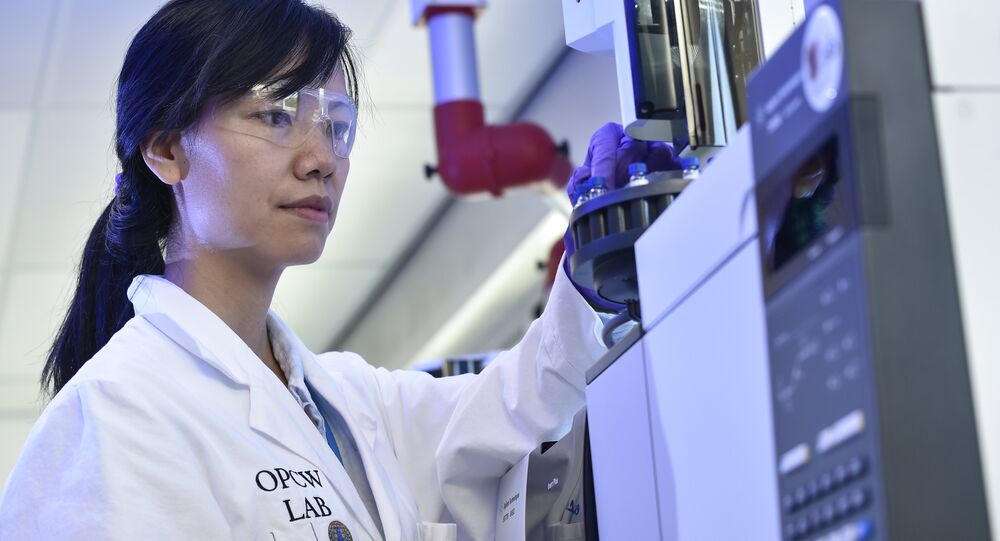 MOSCOW (Sputnik) - The Russian Defense Ministry said in a statement Thursday that the report published by the Organization for the Prohibition of Chemical Weapons (OPCW) on May 15 with experts' conclusions about an alleged "chemical attack" on February 4 in the city of Saraqib in the Syrian province of Idlib, is bewildering.

"The OPCW report published May 15 with conclusions of the Fact-Finding Mission's experts on the alleged 'chemical attack' in the locality of Saraqib, Idlib province, on February 4, is deeply perplexing," the ministry said.

It said that "the text of the report clarifies that… the experts could not have been and were not at the presumed site of the possible chemical attack, as Idlib is under full control of terrorist groups."

The ministry also said it seems the OPCW has no proof that Damascus was involved in the alleged chemical attack in Syria's Duma in April, which prompted a missile strike by the United States, the UK and France on Syria.

© Sputnik / Mikhail Alayeddin
'Chemical Attack' Provocation With US Participation Planned in Syria - Source
It said Washington wants to turn the OPCW into a US-controlled tool of political pressure on Syria.

In February, the Russian Center for Syrian Reconciliation received information from a local resident in a village in Idlib that Tahrir al-Sham* (formerly known as Jabhat al-Nusra) terrorists and White Helmets, the so-called Syrian Civil Defense, were preparing to stage a provocation involving the use of chemical weapons and blame it on Damascus.