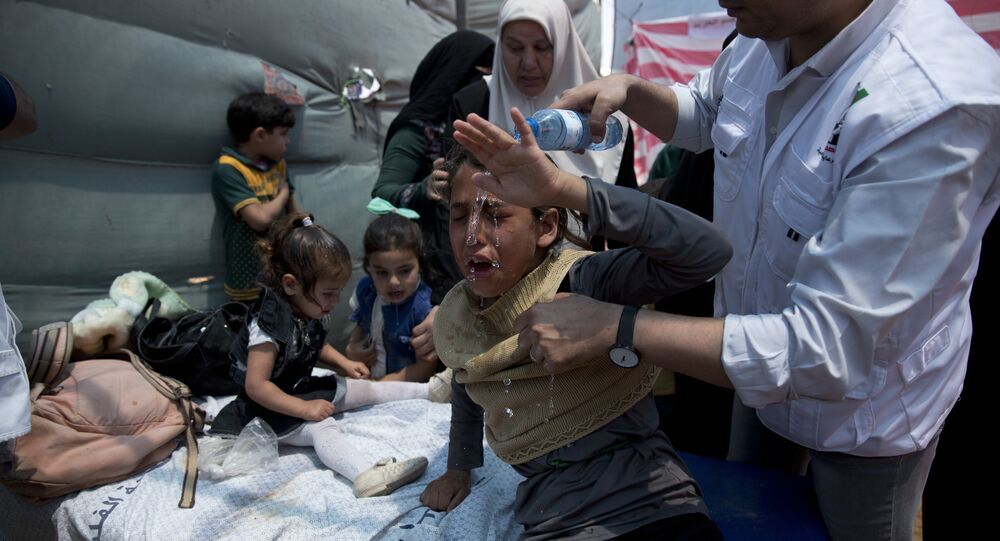 The Israeli Defense Forces (IDF) sent eight truckloads of medical equipment through the Kerem Shalom crossing into the coastal enclave to help treat Palestinians who were injured — mostly by bullets or tear gas fired by IDF soldiers — during protests on the Israel-Gaza border earlier this week. The medical supplies included IV fluids, physical therapy treadmills, disinfection pads and bandages.

According to reports, Hamas did accept four truckloads of aid from the Palestinian Authority and two trucks sent by UNICEF Wednesday, but not the Israeli supplies.

"The supplies already entered Gaza. Despite the dire situation of the health system and the lack of medical supplies, Hamas has refused to receive the humanitarian aid and has instructed the local authorities to return them to Israel," an IDF spokesperson reported Wednesday, i24NEWS reported.

A six-week protest campaign dubbed the Great March of Return, began on March 30. According to Hamas, Palestinians are peacefully demanding their right to return to territories seized by Israel in 1948 and protesting what they describe as the ethnic cleansing of their former villages.

The ongoing Palestinian protests were aggravated by the official opening of the US Embassy in the contested city of Jerusalem on May 14, which led to deadly clashes in which Israeli forces killed more than 60 Palestinians and injured more than 2,400 in a single day with live weapons fire and tear gas fired from drones.

Since March 30, 104 Palestinians have been killed and more than 12,600 injured, according to the UN Office for the Coordination of Humanitarian Affairs. A single Israeli soldier has been injured during the same time period.

The protests preceded the date of Israeli independence, May 15, which Palestinians call "al-Nakba," or "the catastrophe."

According to the IDF, at least 24 of the Palestinians killed Monday were terrorists who were loyal to Hamas and Islamic Jihad, the Jerusalem Post reported. The Israeli army claimed that those killed were trying to plant explosives along the border fence.

On Tuesday, Turkish President Recep Tayyip Erdogan said that Ankara had decided to recall its ambassadors in Washington and Tel Aviv for consultations in connection with Israel's actions in the Gaza Strip. The president also called Israel a terrorist state and said its actions toward the Palestinians were an act of genocide. South Africa, too, recalled its ambassador to Israel over the carnage in Gaza.

Trump recognized Jerusalem as Israel's capital in December 2017. That same month, a UN resolution requiring countries not to establish diplomatic missions in the contested city, which many Palestinians hope will one day be the capital of a Palestinian state, gained the support of 128 countries including Russia, China and most of the US' European allies. Washington went ahead with its decision anyway, moving the embassy from Tel Aviv to the site of its small consulate building in East Jerusalem earlier this week. Speaking at the embassy transfer ceremony on Monday, Prime Minister Benjamin Netanyahu called the move "historic."