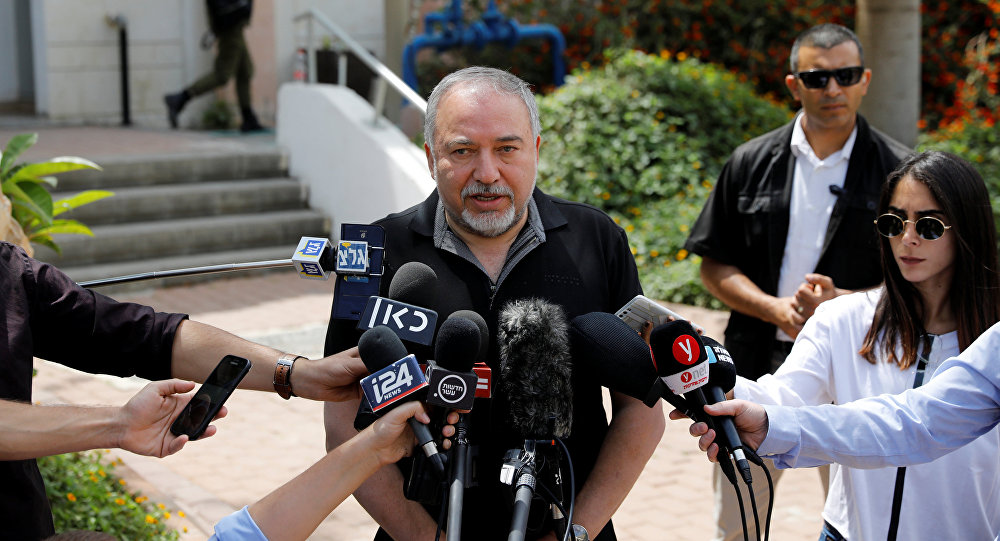 Top Israeli defense official has brushed off concerns about the actions of the Israeli military in the Gaza Strip this week, blaming the Hamas leadership and Palestinian protesters for the recent outbreak of violence that erupted following the opening of the US Embassy in Jerusalem.

Israeli Defense Minister Avigdor Lieberman has declared that the leaders of Hamas are "a bunch of cannibals who also treat their own children as ammunition," as he toured the border between Israel and the Gaza Strip on May 16, according to Haaretz newspaper.

© AFP 2019 / SAID KHATIB
'Perfect Storm': UNSC Emergency Session Condemns Gaza Violence Amid US Opposition
He also dismissed criticism about the actions of Israeli forces at the border with the Gaza Strip on Monday, claiming that the military "has acted in accordance with ethical norms that we have not seen anywhere else in the world."

Lieberman also labeled Palestinian protesters as "rabble" and described the protest rallies staged by Palestinians in the region during the last several weeks as "terror processions."

Mass protests erupted in the Gaza Strip on the 70th anniversary of Israel’s founding and in the wake of the opening of the US Embassy in Jerusalem – an act that has cemented US President Donald Trump’s decision to formally recognize the city as the Israeli capital.

Russian Foreign Ministry spokeswoman Maria Zakharova said that Moscow is concerned by this outbreak of violence and urges all parties involved to show restraint and avoid escalating things any further.

She also added that Russia’s stance on the status of Jerusalem remains unchanged, and that Moscow continues to advocate a two-state solution.

‘Visceral Disgust’ at Gaza Massacre Generating Support for Palestinian Cause